Finding a locker for your luggage in Umeda shouldn’t be a problem. There are seven stations in the area and they all have lockers somewhere near their ticket gates. In our article Osaka Station Lockers and Luggage Storage we provide a complete guide to finding and using lockers in Osaka Station. Here is a guide to finding lockers at six more stations in the Umeda area. For information on the location of each station please see our article: Finding Your Way Around the Osaka-Umeda Stations.

Locker Types and How to Use Them

There are two types of locker in use at the Umeda stations: the old-fashioned key variety, and the more modern keyless kind that are controlled by a touch screen and opened with either a QR code or an IC card. Here’s how to use key operated lockers. 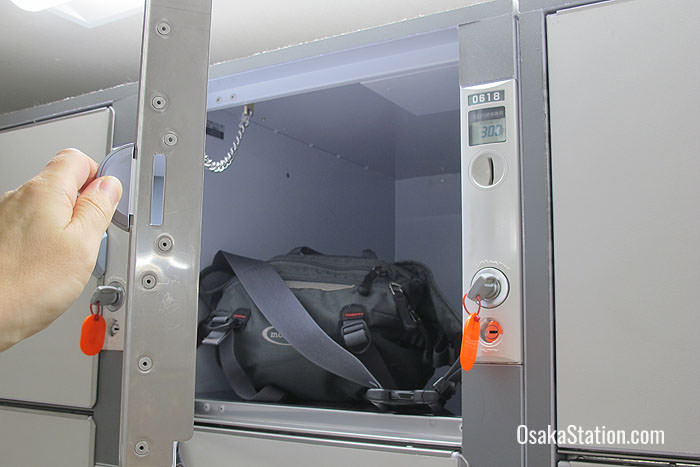 Put the required amount of money into the coin slot Then turn the key anti-clockwise while holding the door closed. Don’t forget to take the key with you!

When you come back to your locker, you simply insert the key and turn it clockwise to retrieve your luggage.

Touch screen lockers are easy to use, as you can simply choose your language on the control panel and then follow step-by-step instructions. 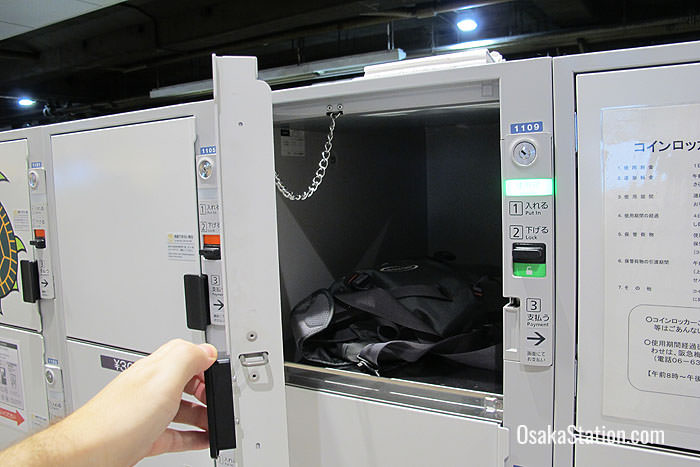 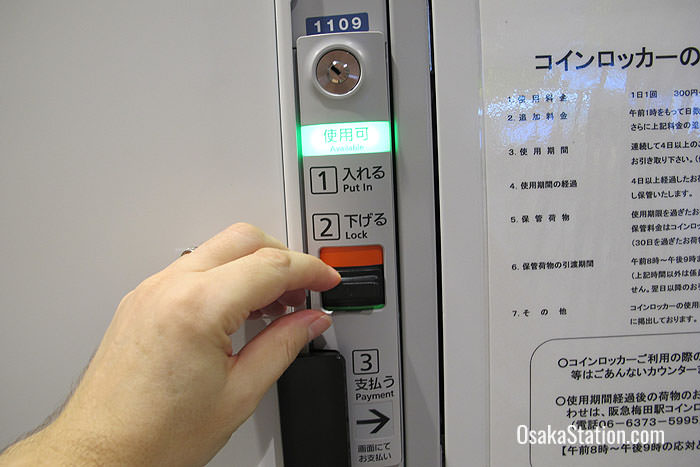 Pull the locker tab down so it shows red 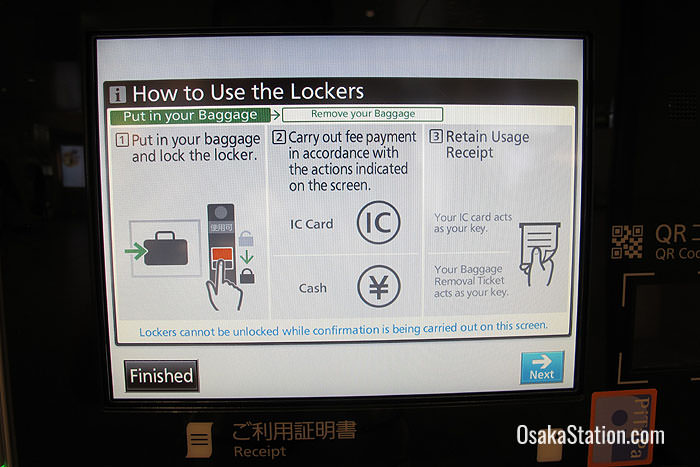 On the control panel choose your language from Chinese, Japanese, English and Korean and then follow the instructions 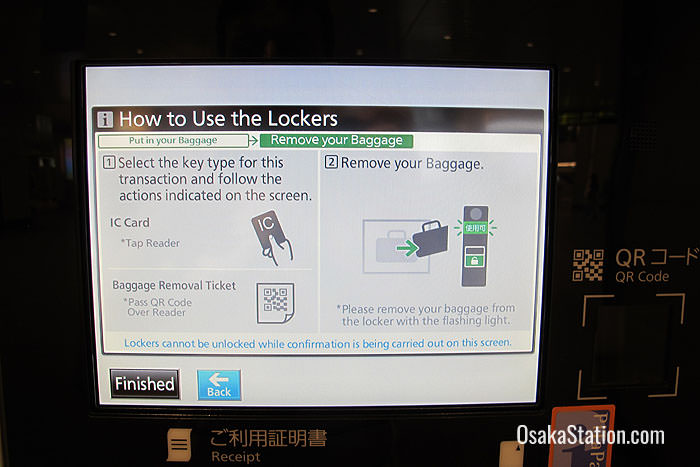 Remember to keep your receipt!

Fees for locker use are for one day only, so you will have to pay extra if you use it for longer. There is usually a limit to how long you can use the lockers too. For most lockers this is three days, but the rules of usage vary slightly from station to station. Usually you can find a guide posted on one of the lockers that will explain the details in English. 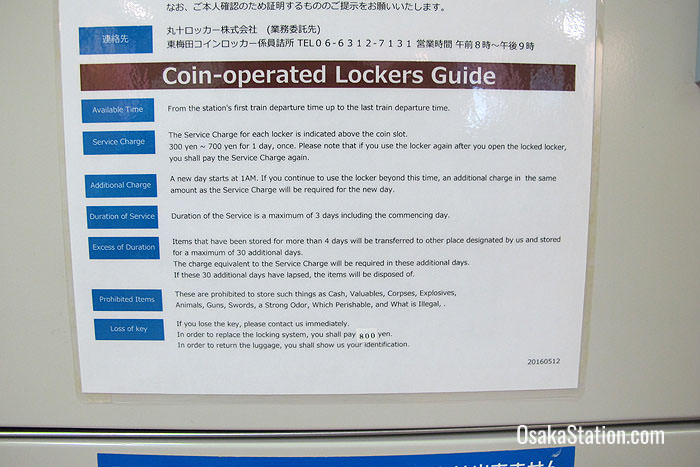 Hankyu Osaka-Umeda Station is pretty much locker heaven with lots of lockers dotted around the 1st, 2nd, and 3rd floors of the building, particularly around the stairs. They are especially easy to find on the 1st floor where there are many lockers in several different locations. There are also more lockers inside the ticket gates. If you are unsure where to find them just refer to one of the many guidance maps around the station and look for the locker symbol. 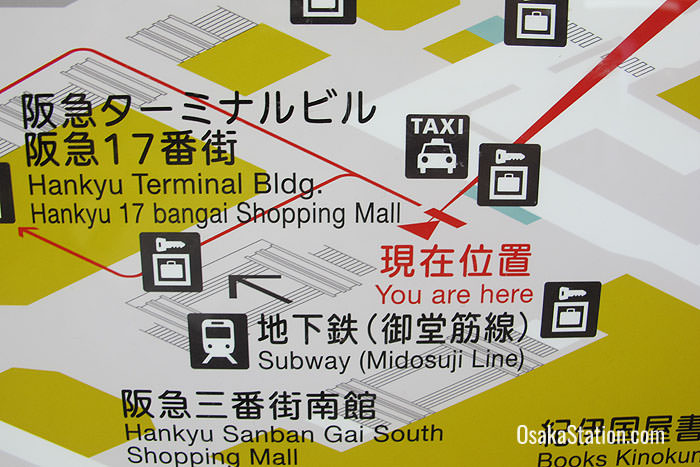 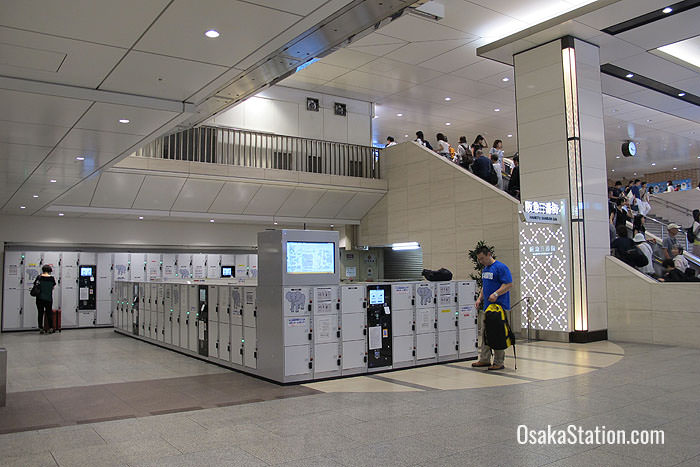 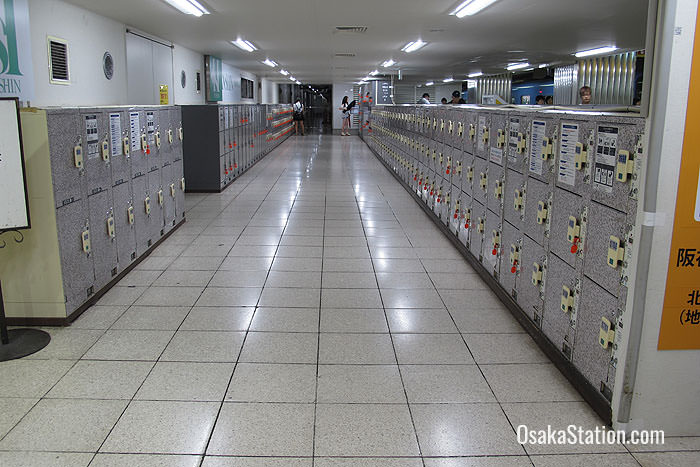 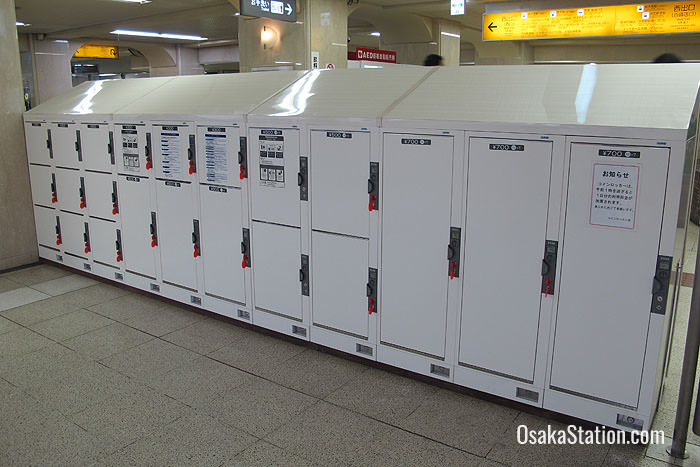 Umeda Subway Station is located beneath the east side of Osaka Station and has gates at its northern and southern ends. Lockers can be found at the northern gates. Some of them are key operated and some are touch screen operated and they come in sizes priced at 300, 500, 600, and 700 yen. 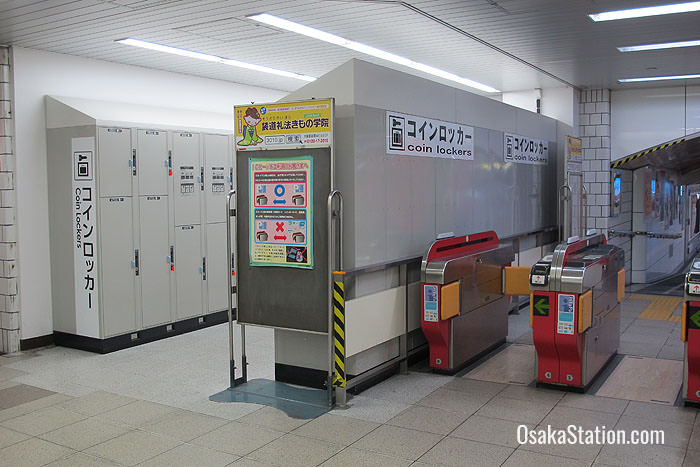 Lockers at the northern end of Umeda Subway Station

Higashi-Umeda Subway Station is located in the southern part of the Whity underground shopping mall. There is a locker room on the east side of this area close by Exit 2 (which leads to the street above). This locker room has key operated lockers in a variety of sizes priced at 300, 400, 500, 600, and 700 yen. 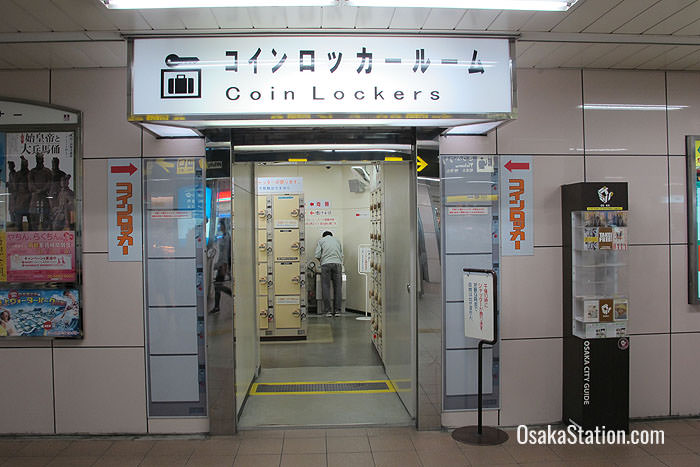 There are also lockers by Higashi-Umeda Station’s South Gate. Here both key-operated and touch screen lockers are available and they come in two sizes priced at 300 yen and 500 yen. 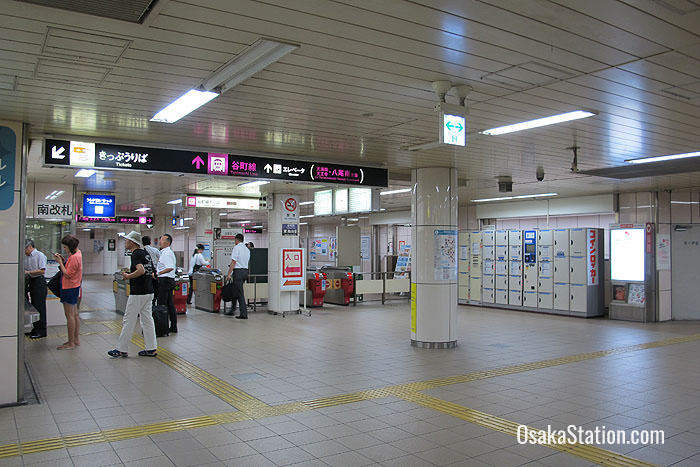 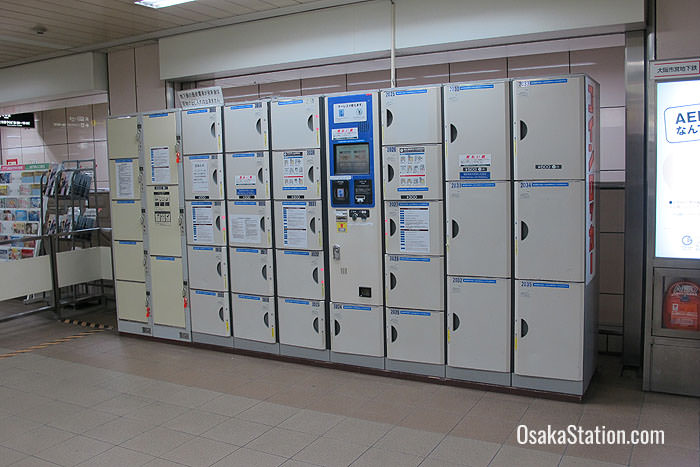 A close-up of the Higashi-Umeda Station lockers

There are lockers on the west side of the Central Gates of Nishi-Umeda Subway Station. These lockers are key operated and come in small, medium and large sizes priced at 300 yen, 500 yen, and 600 yen. 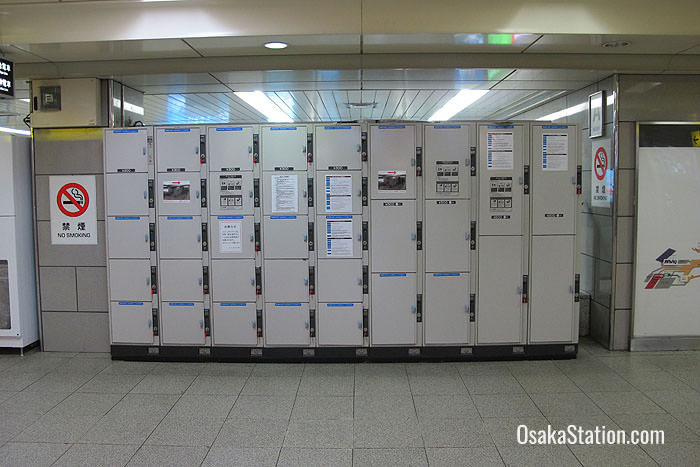 The Lockers at Nishi-Umeda Station