The Special Rapid service on this line is very convenient for traveling between Osaka and the important cities of Kobe and Himeji and it is fully covered by the Japan Rail Pass. At Osaka Station Kobe Line trains depart from Platforms 3, 4, 5 and 6. 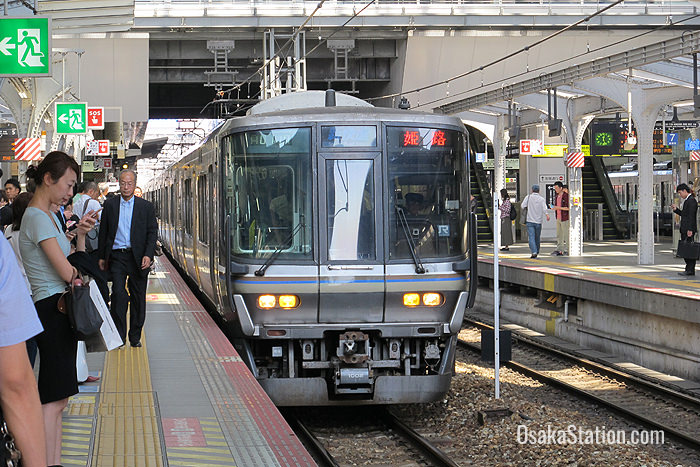 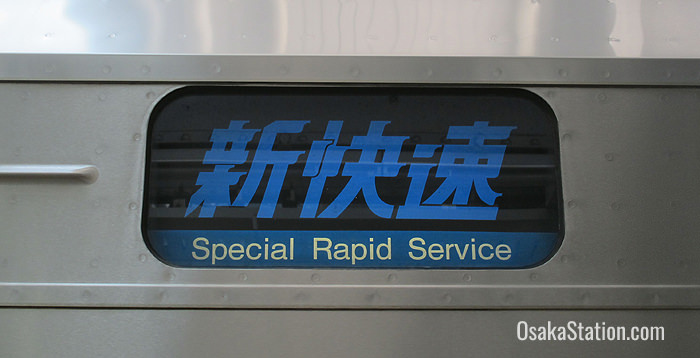 Sannomiya Station is the main terminal for people visiting Kobe City, as it gives immediate access to Kobe’s main area of business, shopping and entertainment. Kobe itself is an attractive cosmopolitan port city. Its main attractions are Chinatown, Kobe Harborland, Meriken Park, Mount Rokko, and the Ijinkan, an area of foreign houses built in the 19th century.

The city of Himeji is most famous for its spectacular white castle. A UNESCO World Heritage Site, Himeji Castle is one of only 12 original medieval castles to have survived the last World War. Nicknamed “White Heron Castle” it is renowned for its beauty. 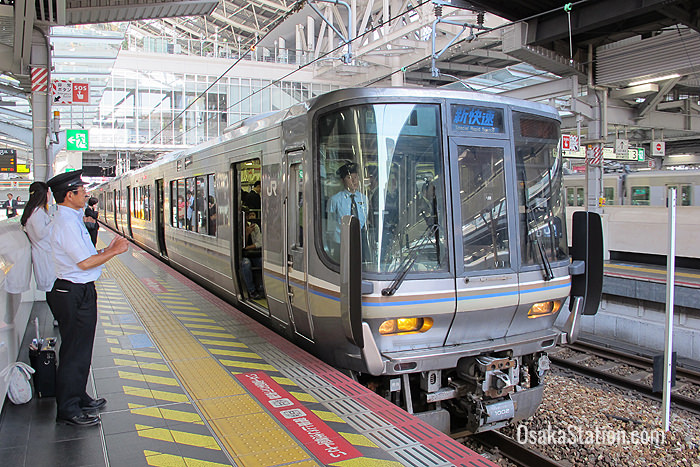 A train bound for Himeji at Osaka Station

It is also possible to travel to Kobe by taking the private Hankyu Kobe Main Line from Hankyu Osaka-Umeda Station. This will get you to Sannomiya Station in roughly 30 minutes or more. The service is a little slower, but also cheaper at 320 yen. Remember that the Hankyu Railway is not covered by the Japan Rail Pass. To get to Himeji it is also possible to save a little money by using the Hankyu Line in combination with other private rail lines, but the route is too long and complicated for it to be truly worthwhile. To find alternative routes on private railways use English language online route finders like Jorudan and Hyperdia.

There are 38 stations on the JR Kobe Line between Osaka and Himeji. This line is served by Local, Rapid and Special Rapid Services but only the Local trains stop at all stations. You can download a bilingual PDF of the JR guide to stops which also includes the JR Kyoto Line and the JR Biwako Line sections of the Tokaido Main Line. Note that these two lines are contiguous with the JR Kobe Line. The entire Tokaido Main Line is colored blue.