The Hida is a limited express service bound for the scenic town of Takayama in Gifu Prefecture. The train is named after the historical province of Hida in northern Gifu. The train is also called the “Wide View Hida” because it has very large windows offering panoramic views of the surrounding countryside. 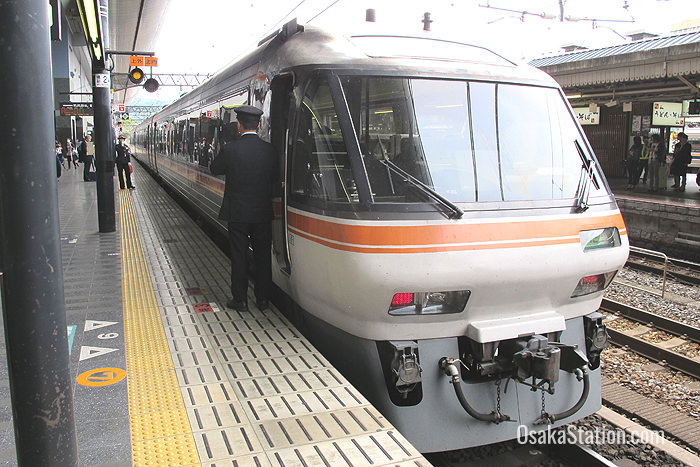 The Hida runs along the Tokaido Main Line from Osaka Station stopping at the following stations:

The following stations are the locations you are most likely to visit en route. Train times and fares are given from Osaka Station.

Gifu is the capital city of Gifu Prefecture. The city is best known for its castle which sits atop Mount Kinka in the middle of the city. Also on the mountain is a restaurant with an observation deck offering dramatic views over the city, and a “Squirrel Village” where visitors can enjoy close encounters with the different species of squirrel that live on the mountain. Among the city’s other points of interest are its many museums, the Gifu Great Buddha Statue in Shohoji Temple, and summertime cormorant fishing in the Nagara River.

The town of Gero is best known as a hot spring spa resort. In fact, Gero Onsen is traditionally counted as one of Japan’s three top hot spring resorts, along with Arima Onsen in Hyogo Prefecture, and Kusatsu Onsen in Gunma Prefecture. Surrounded by mountains the town is renowned for its scenic views which can be enjoyed in all seasons while bathing in an open air rotemburo style bath.

The city of Takayama is a popular sightseeing location, known for its beautifully preserved wooden buildings, temples, museums and the colorful Takayama Festival which takes place twice a year in the spring and autumn. One of the biggest attractions is the Hida-no-Sato Folk Village, an outdoor museum with traditional thatched roof farm houses and demonstrations of local crafts and traditional farming life. In winter, Takayama is a popular destination for ski trips in the surrounding mountains. 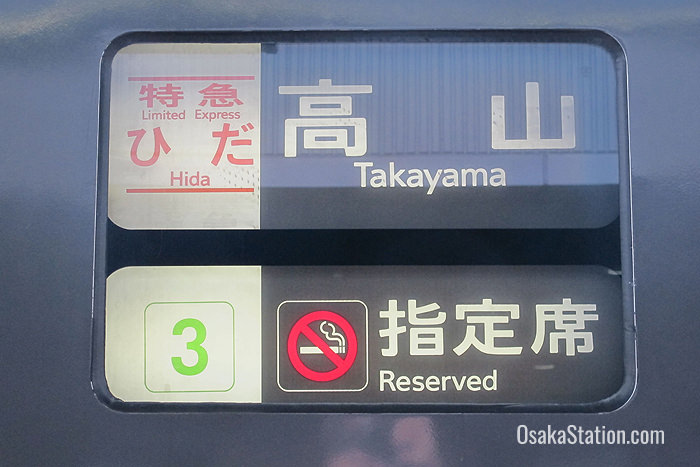 The carriages are flagged in Japanese and English

Departure times are given for the main stations en route and arrival times at the final stops of Takayama and Osaka. 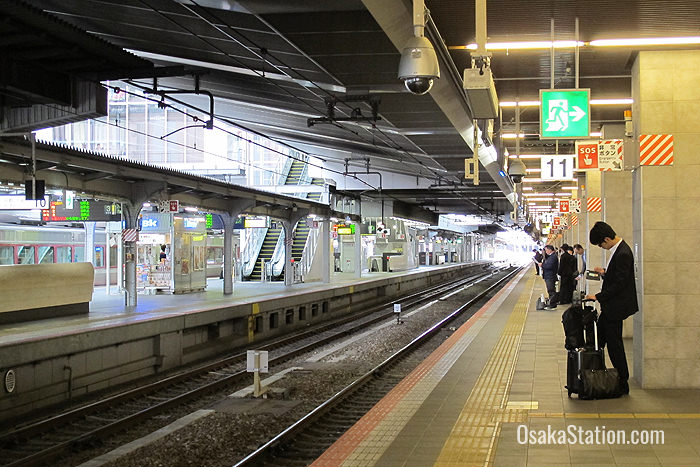 To look up connection times quickly and easily use the JR West Timetable and Fare Finder. 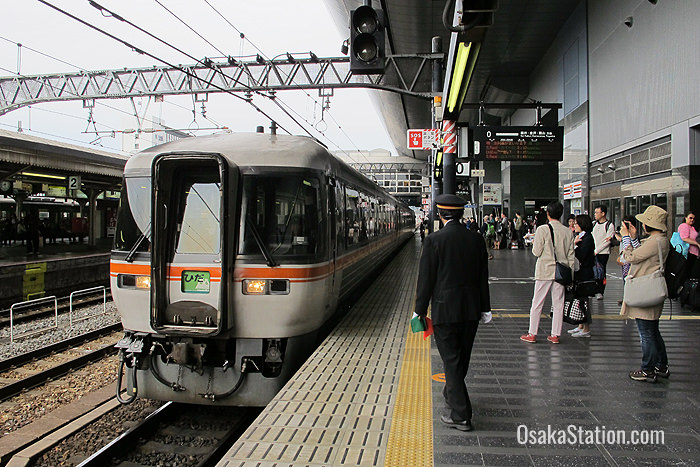