The Kuroshio Limited Express is a service that runs between Kyoto, Osaka and Wakayama Prefecture and for part of its course it follows the famously scenic route of the Kinokuni Line. In Osaka city you can board this train at Shin-Osaka Station and Tennoji Station. This train does not pass through Osaka Station. Each day two Kuroshio trains make their first departure at Kyoto Station, but most services begin at Shin-Osaka Station. This service is fully covered by the Japan Rail Pass. 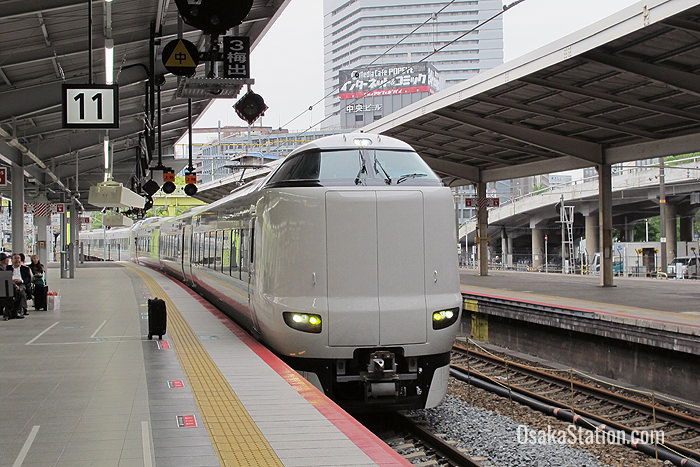 A total of 16 Kuroshio trains depart from both Shin-Osaka Station and Tennoji Station. Passengers traveling from Kyoto may find it convenient to travel to Shin-Osaka Station first, and then transfer to a Kuroshio service. The JR West Timetable and Fare Finder can help you find the most suitable service. Some Kuroshio trains also stop at Nishikujo Station and Hineno Station in Osaka. 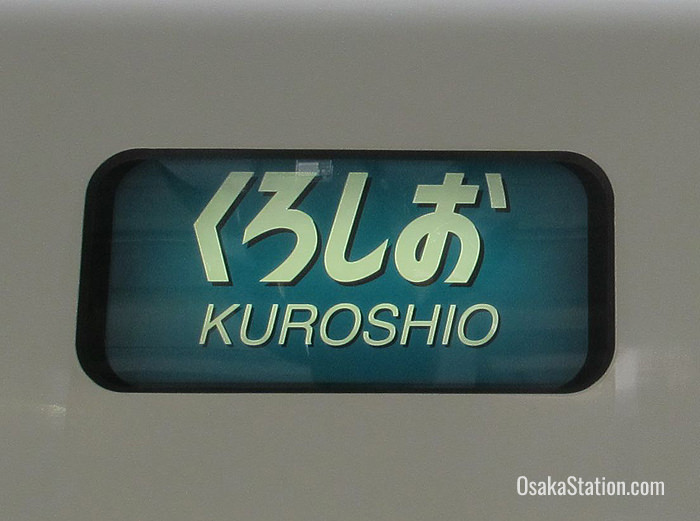 The carriage flag for the Limited Express Kuroshio

Beyond Wakayama Station the Limited Express Kuroshio runs along the Kinokuni Line. This line follows the coastline of the Kii Peninsula. Beyond Wakayama Station the route is very beautiful as the train runs between the mountains and the sea. Seats on the right side of the train are recommended for the best views of the ocean. The train fares given below are from Shin-Osaka Station. Train times vary according to the service, but approximate train times from Shin-Osaka Station are also given below.

Wakayama city’s biggest tourist attraction is Wakayama Castle. First built in the 16th century, the current castle is mostly a 1950’s reconstruction as the bulk of it was destroyed in the last world war. The Kuroshio Market in Wakayama Marina City is another popular attraction. Here you can buy fresh seafood, watch a whole tuna being filleted, or eat in one of many seafood restaurants.

Tanabe city is a key spot on the ancient pilgrimage route known as the Kumano Kodo. Kumano Hongu Taisha Shrine is in this city, and it is one of the Three Grand Shrines of Kumano as well as being a UNESCO World Heritage Site. In addition the city has many hot spring baths, some of them in the open air by the Kumano river. Kii-Tanabe Station is also just five minutes walk from Ogigahama Beach, a popular recreation spot.

Shirahama is best known as a hot spring resort town. Many hot spring baths are located in the open air overlooking the sea. Shirahama is also famous for its beautiful, white, but entirely artificial, beach.

Shingu’s main tourist attraction is Kumano Hatayama Grand Shrine, another of the Three Grand Shrines of Kumano and a UNESCO World Heritage Site. Another UNESCO World Heritage Site, Kamikura Shrine on Mount Kamikura commands a spectacular view over the city. Shingu is also known as the birthplace of Aikido, so many Aikido practitioners come to pay their respects at the Aikido Kumano Juku Dojo. 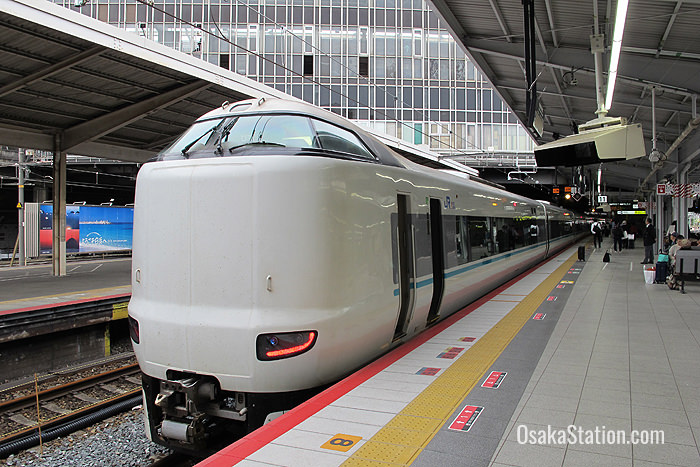 Please note that the times for some Kuroshio services are slightly different at the weekend.