Osaka Expo Park is a massive park and recreational facility that was created on the site of the 1970 Japan World Exposition. The park’s official English title is “Expo ’70 Commemorative Park” and in Japanese “Banpaku Kinen Koen”. With 264 hectares of grassy lawns and trees the park features gardens, museums, and enough entertainment facilities to fill an entire day’s excursion. 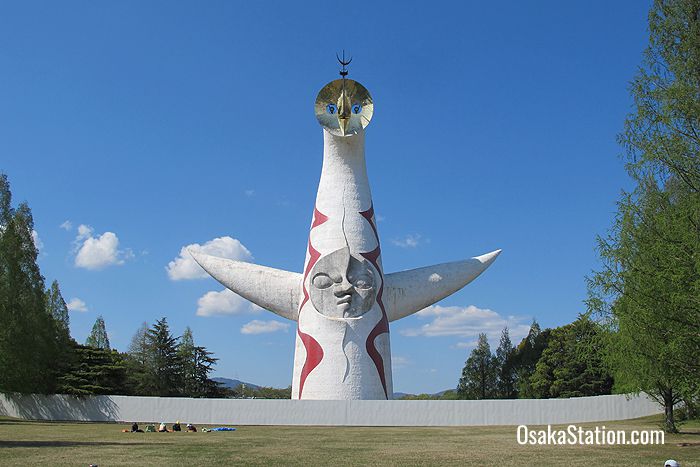 The park is neatly divided into northern and southern sections by an expressway and overhead monorail line that cut across it. Most of the park’s major attractions are located in the northern part and here you can find the Natural and Cultural Gardens, the Japanese Garden, and three different museums. To the south of the railway line there is a large commercial and entertainment facility called Expo City which includes Japan’s tallest Ferris Wheel, as well as a soccer stadium, a baseball field, a hotel, and a housing park showing the latest model residences. Here are some of the highlights.

The Tower of the Sun

There are several sculptures and artworks dotted around Osaka Expo Park but the Tower of the Sun (“Taiyo no To” in Japanese) is the biggest and the most famous. This 65 meter high structure of concrete and steel was created by artist Taro Okamoto and built as part of the Big Roof Festival Plaza at the original Expo. Though the plaza has gone, the tower remains as a popular symbol of the park and stands in its center. On the tower you can see red lightning flashes and three faces. The face at the top is a “Golden Mask” which represents the future, the “Face of the Sun” between the two outstretched arms represents the present, and the “Black Sun” on the back represents the past. The interior of the tower was originally open as an exhibition space and has been opened at irregular intervals since the Expo closed, but at present it is closed to the public. The tower is located within the park’s Natural and Cultural Gardens. 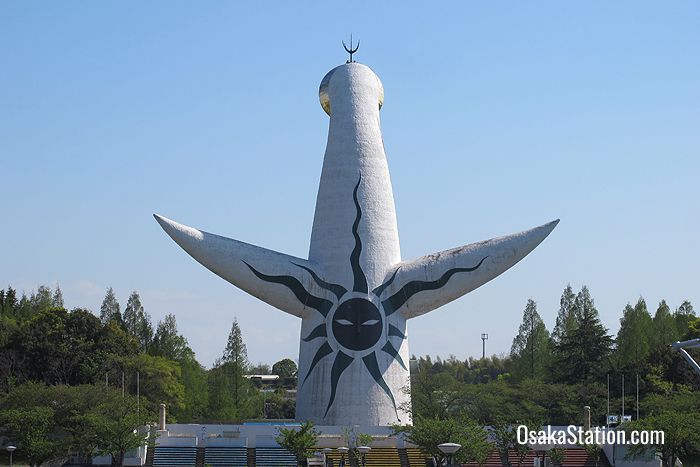 The Black Sun on the rear side of the tower

The Natural and Cultural Gardens feature large open spaces of lawns and woods which are dotted with artworks and seasonal flower displays. This is a popular area for picnics, especially during the cherry blossom season when its 5,000 cherry trees are in bloom. These gardens also feature playgrounds for children, a boating pond, a barbecue corner, and a 300 meter long aerial wooden walkway that gives you a bird’s eye view over the forested area of the park. 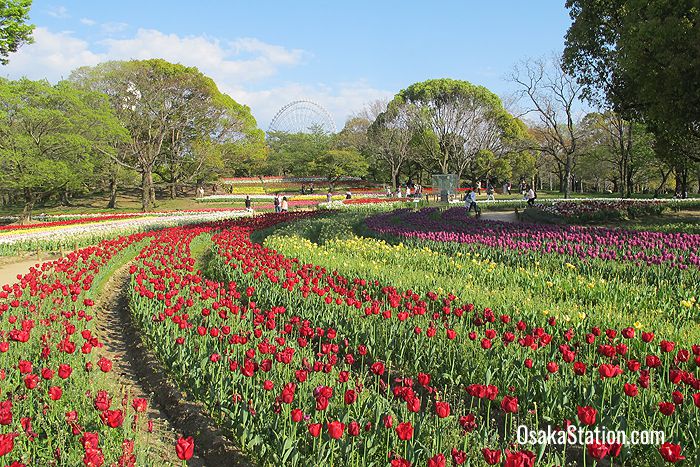 A field of tulips in the Natural & Cultural Gardens

The Japanese garden is a pleasant strolling garden which was created for the original 1970 Exposition. There are four main parts to the garden which represent ancient, medieval, early modern and contemporary landscape styles. A large pavilion at its center provides a space to rest and enjoy the view over a large pond shaped like the Chinese character for “heart”. 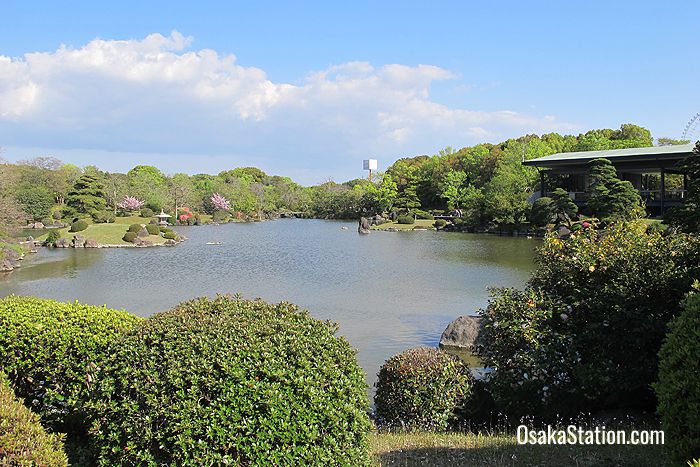 Inside the Japanese Garden at Osaka Expo Park

Admission Fees for the Natural & Cultural Gardens and the Japanese Garden:
Adults: 250 yen
Children aged 7 – 15: 70 yen
Children under 7: Free
Open: 9.30 – 17.00
(Open every day during cherry blossom season in April and early May and autumn leaf season in October and November)
Closed: Wednesdays unless Wednesday is a national holiday when it is closed the following Thursday. It is also closed from December 28th to January 1st. 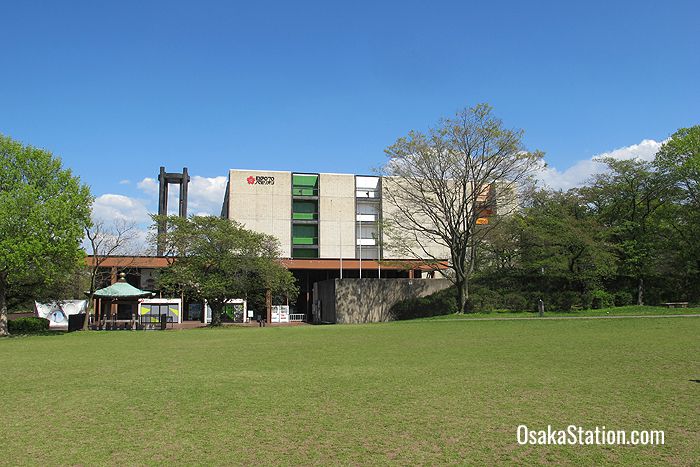 This pavilion is an original building from the 1970 Exposition and is now used as a museum to commemorate that event. There are around 3,000 photos, videos and other artifacts telling the story of the Expo and recording its various theatrical, artistic, and musical performances. The pavilion stands inside the Natural and Cultural Gardens.

Admission Fees: 200 yen for adults and free for children aged 15 or younger
Open: 10.00 – 17.00 (Last entry: 16.30)
(Open every day from April 1 to early May, and October 1st to November 30th)
Closed: Wednesdays unless Wednesday is a national holiday when it is closed the following Thursday. It is also closed from December 28th to January 1st. 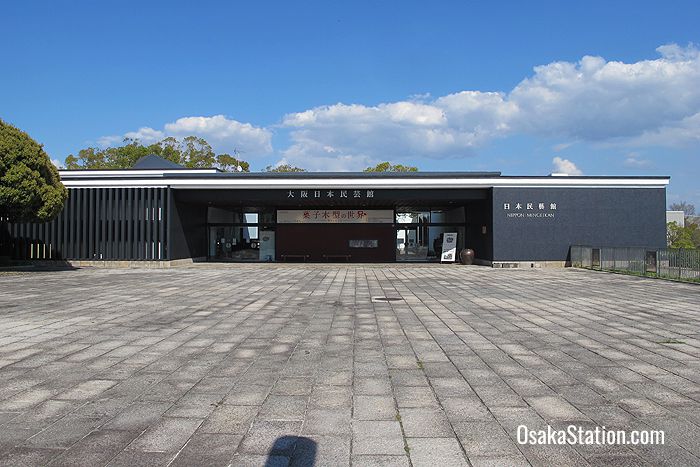 This building was one of the original Expo pavilions. The museum now displays traditional ceramics, lacquerware, textiles, and other craftworks from all over Japan. The museum is located inside the Natural and Cultural Gardens to the north of the “Dream Pond” boating lake. 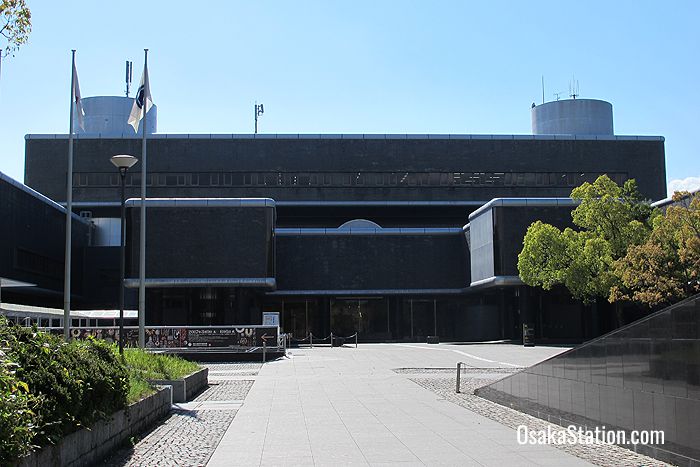 The National Museum of Ethnology

The National Museum of Ethnology

The National Museum of Ethnology, also called “Minpaku”, was opened in 1977 as a museum and research center. Its galleries display colorful cultural exhibits from nine world regions which include original artifacts as well as video, audio, and photographic materials. This museum is located on the other side of the park’s rose garden, across from the Japan Folk Crafts Museum. 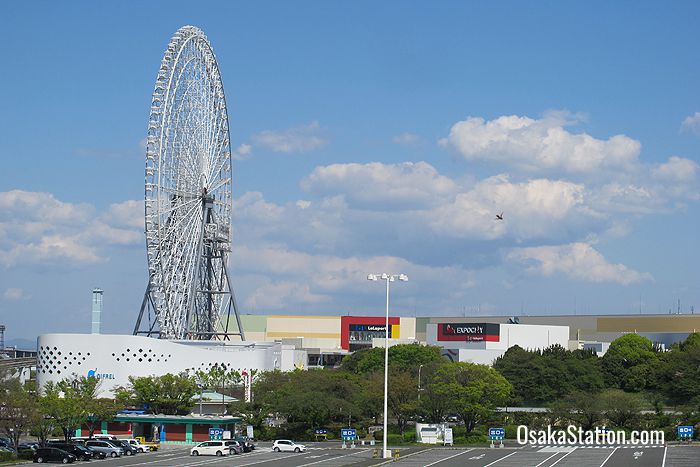 Expo City is a massive shopping and entertainment complex with a great variety of facilities. Chief among these are the Lalaport shopping center, the 109 IMAX Cinema, and the Redhorse Ferris Wheel. However, there are a number of other facilities here aimed at families with children that provide both entertaining and educational experiences.

In the LaLaport shopping center you can find stores selling fashion brands, household goods, consumer electronics, sporting goods, and restaurants. LaLaport is open from 10.00 – 21.00 with some restaurants staying open till 22.00.

The 109 IMAX Cinema has 11 theaters, one 18 meter high screen, Japan’s largest laser projector, and an immersive “4DX” theater with chairs that move together with the action on screen. The cinema opens at 9.00.

Orbi Osaka is an exhibition center that combines SEGA’s technology with film from BBC Earth for an immersive and interactive natural history experience. Opening hours are from 10.00 – 21.00 with last entry at 19.00. Entry is 2,160 yen for adults, 1,728 yen for senior high and university students, 1,296 yen for elementary and junior high students, and 864 yen for pre-school children.

Shaun Park is an entertainment center for families with children aged 6 to 12 which is based on the popular animated TV show Shaun the Sheep. Shaun Park is open from 10.00 till 21.00 and costs 900 yen for children and 300 yen for adults for a 30 minute entry.

Pokemon Expo Gym is a games and entertainment center with bowling, boxercise, and stand-up comedy among the featured attractions. The price of entry is 400 yen and opening hours vary by the season.

Osaka English Village is an “edutainment” theme park for children and adults which gives visitors an immersive American style English language experience. The English Village is open from 10.00 until 20.00 and has a variety of lesson options available ranging from 1,500 yen to 7,200 yen depending on your age. 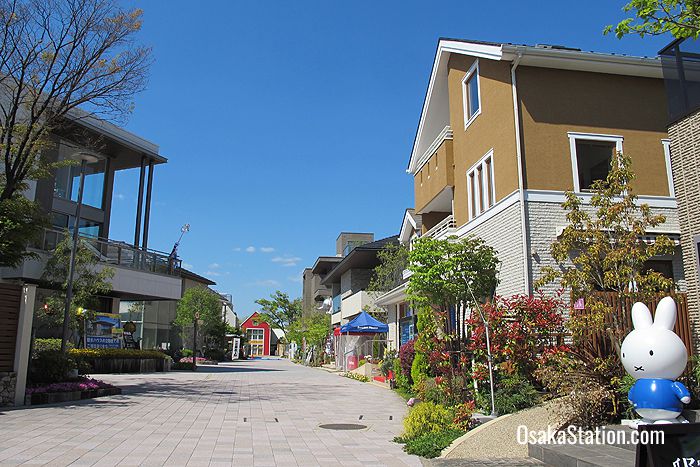 ABC Housing Park is a small village of model residences showing the very latest housing designs which incorporate both environmental concerns and modern home comforts. The park is free to enter and is open from 10.00 to 18.00. The housing park is closed every Wednesday unless Wednesday is a national holiday when it is closed the following Thursday. It is also closed from December 23rd to January 1st. 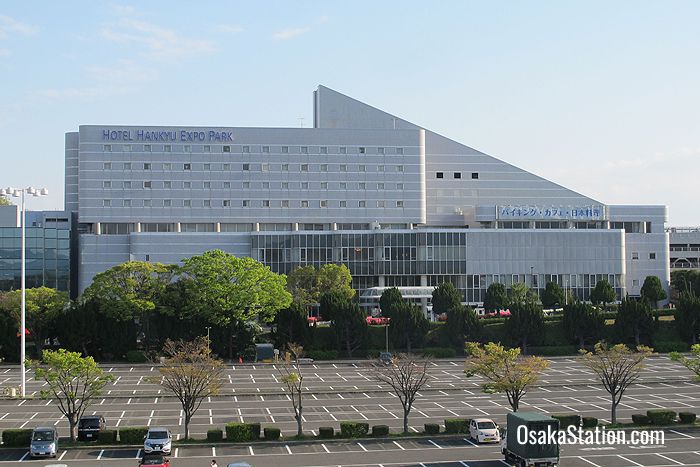 Osaka Expo Park is located in Suita City in northern Osaka Prefecture. The park is served by Banpaku-Kinen-Koen Station on the Osaka Monorail Main Line. 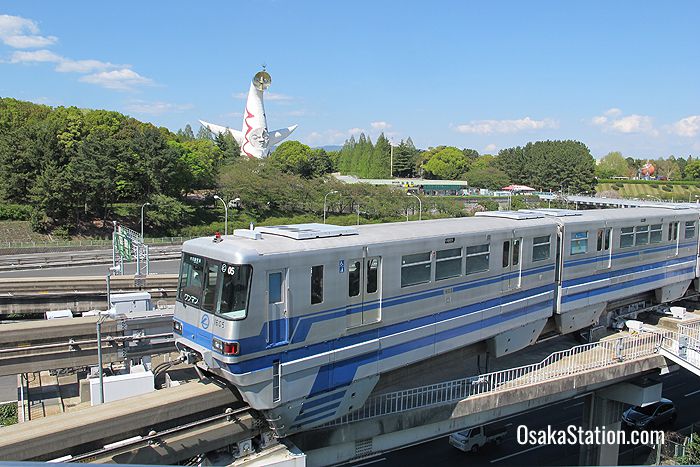 To get there from the Osaka Station/Umeda area take a Midosuji Subway Line train from Umeda Subway Station to Senri-Chuo Station and then transfer to the Osaka Monorail. The journey should take around 32 minutes and the combined fares will cost 640 yen.