The Hamakaze is a limited express service operated by JR West that connects the cities of Osaka and Kobe with the northern Hokuriku region on the Japan Sea coast. This train is particularly useful for those who wish to travel to Kinosaki Onsen from the city of Kobe and it is fully covered by the Japan Rail Pass. 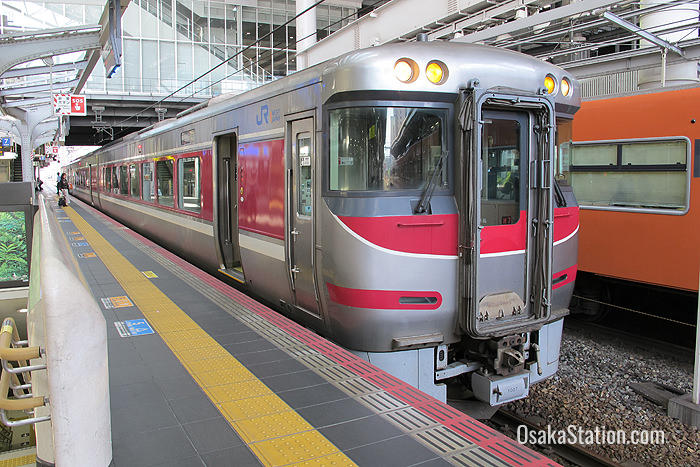 Only trains #1 and #4 stop at Takeda Station. Between early November to mid-March, some trains also stop at Kakogawa and Satsu stations. Below are the key destinations on this route, with fares given from Osaka Station. For train times check the timetables below. 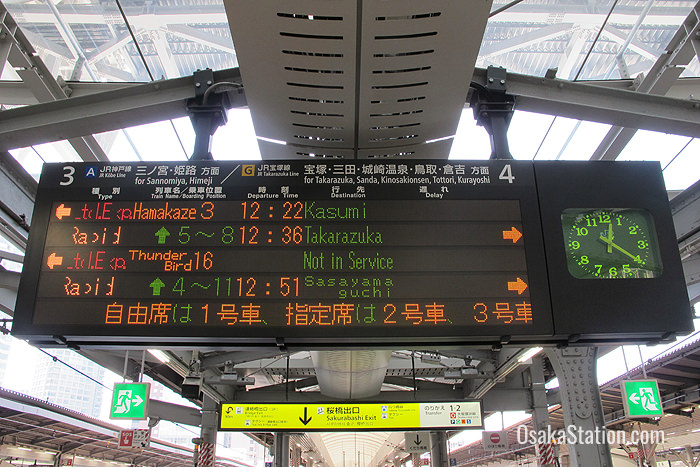 The Hamakaze #3 is bound for Kasumi

Sannomiya Station is the main terminal for people visiting Kobe City, as it gives immediate access to Kobe’s main area of business, shopping and entertainment. Kobe itself is an attractive cosmopolitan port city. Its main attractions are Chinatown, Kobe Harborland, Meriken Park, Mount Rokko, and the Ijinkan, an area of foreign houses built in the 19th century.

This station is convenient for the Kobe Harborland shopping and entertainment district.

The city of Himeji is most famous for its spectacular white castle. A UNESCO World Heritage Site, Himeji Castle is one of only 12 original medieval castles to have survived the last World War. Nicknamed “White Heron Castle” it is renowned for its beauty.

Kinosaki is a charming hot spring resort town on the Japan Sea coast with 1400 years of history. The town is incredibly picturesque, with beautifully preserved traditional architecture and a river lined with willows and cherry trees that runs through its center. One of Japan’s best known spas, the town is also known for its seafood cuisine, particularly crab when in season, and for the local variety of black Wagyu beef, called Tajima beef.

Kasumi Station serves the town of Kami in the Mikata district of Hyogo Prefecture. This town is known for the scenic rice terraces of Ojiro Village, the Yoshitaki Waterfalls, the Tajima Plateau Botanical Gardens and for the Amarube Bridge; a famous trestle bridge that the Hamakaze crosses. 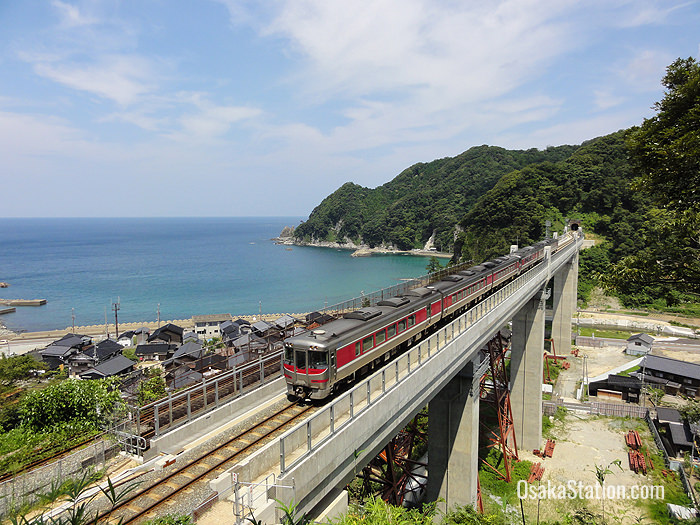 Hamasaka Station serves the town of Shin’onsen in the Mikata district of Hyogo Prefecture. This town is best known for the Zen temple of Antaiji, Yumura Onsen hot spring resort, and the San’in Kaigan Geopark Center.

Among Tottori city’s many attractions are its castle ruins, the Jinpukaku – a French style mansion, Tottori Hot Spring, and Hakuto Beach. The city is most famous for its ancient sand dunes however, which cover a huge area on the coast and feature camel rides and a sand museum.

A carriage flag for the Hamakaze #3

These timetables are correct at the time of writing. Please use the JR West Timetable and Fare Finder to confirm your journey times.