The Kounotori is a limited express service operated by JR West that runs between Shin-Osaka Station, Fukuchiyama Station in Kyoto Prefecture, and Kinosaki Onsen Station in Hyogo Prefecture. The train is named after the kounotori bird, an endangered species of oriental stork that is a symbol of Tajima province in northern Hyogo. 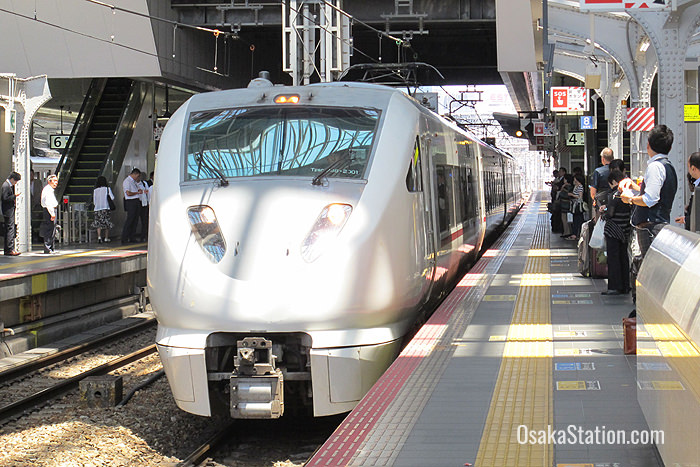 The Kounotori at Osaka Station

The following stations are on the route of the Kounotori service. Stations in brackets [] are not served by all trains.

Below are the locations you are most likely to visit. Fares and approximate train times given below are from Shin-Osaka Station.

The main attraction in the town of Fukuchiyama is its castle which dates from the 16th century. Other than that, this is an important transfer point for those traveling between the cities of Osaka and Kyoto in the south, and the scenic towns of Kinosaki and Amanohashidate in the north.

Kinosaki is a charming hot spring resort town on the Japan Sea coast with 1400 years of history. The town is incredibly picturesque, with beautifully preserved traditional architecture and a river lined with willows and cherry trees that runs through its center. One of Japan’s best known spas, the town is also known for its seafood cuisine, particularly crab when in season, and for the local variety of black Wagyu beef, called Tajima beef. 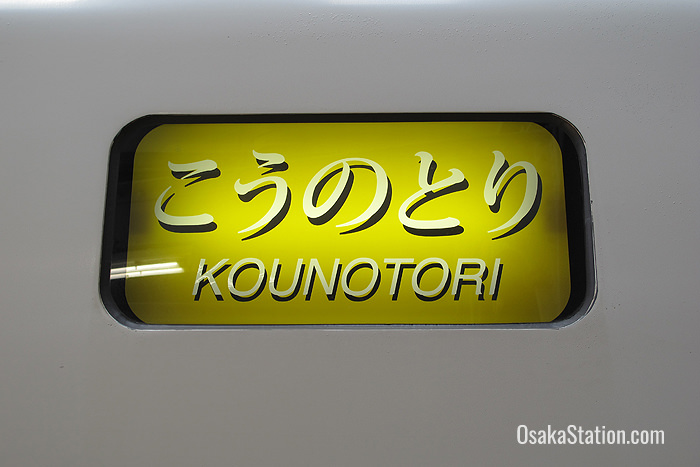 Carriages are flagged in Japanese and English

Fourteen Kounotori trains depart from Shin-Osaka every day. Of these, 6 trains go all the way to Kinosaki Onsen Station, 1 train terminates at Toyooka Station in Hyogo Prefecture, and the other 7 trains terminate at Fukuchiyama Station in Kyoto Prefecture. Fourteen Kounotori trains make the return journey to Shin-Osaka each day. Of these, 7 trains start at Kinosaki Onsen, and the rest start at Fukuchiyama. 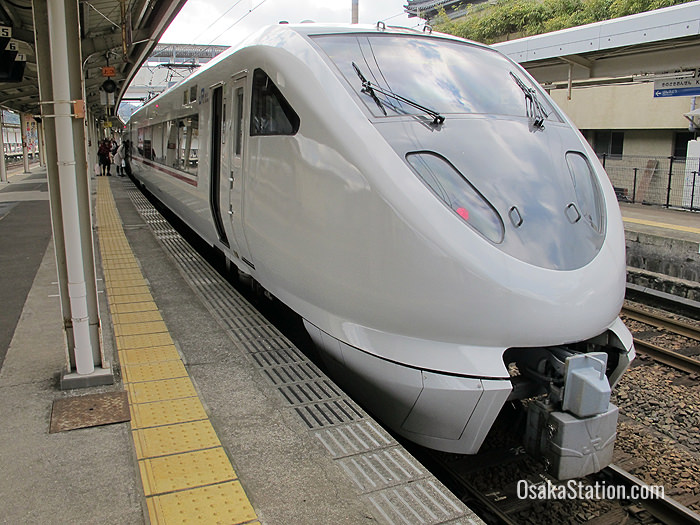 The Kounotori at Kinosaki Onsen Station

To look up connection times quickly and easily use the JR West Timetable and Fare Finder.