Bunraku is a sophisticated form of puppet theater which ranks along with Noh and Kabuki as one the three great theatrical traditions of Japan. This unique dramatic form developed in Osaka in the 17th century as a popular entertainment for the common people. Today one of the best places to see it is at the National Bunraku Theater in Osaka’s Nippombashi district. 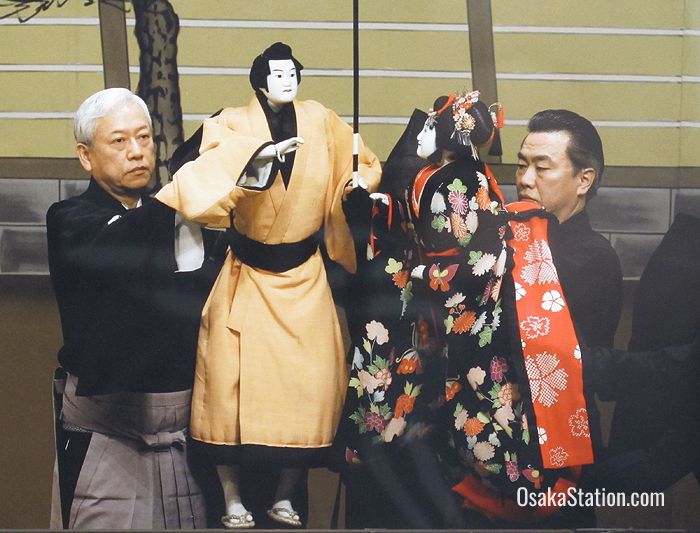 A Bunraku performance. Photograph from the National Bunraku Theater

Bunraku is an unusual performance art which blends complex puppetry with musical accompaniment and a chanted narrative. The lifelike puppets are beautifully handcrafted with elaborately decorated costumes, and many individualized moving parts which give them a full range of expression. These articulated puppets are so large that they require three puppeteers to operate them.

One of the most striking aspects of Bunraku is that the puppeteers are visible throughout the performance. The narrator or Tayu who chants and sings the story also voices the puppet characters, changing his speech and intonation to express different genders, ages, and social ranking. The stories themselves are either historical plays, such as the heroic revenge drama Chushingura, or romantic tales which dramatize the conflict between personal emotion and social obligations.

The Love Suicides of Sonezaki is a famous example of a tragic love story set in Osaka, that has been compared to Shakespeare’s Romeo and Juliet. In 1955 the Japanese government recognized the importance of Bunraku by designating it as an Important Intangible Cultural Property. In 2003 UNESCO also designated Bunraku as a part of the Intangible Cultural Heritage of Humanity. 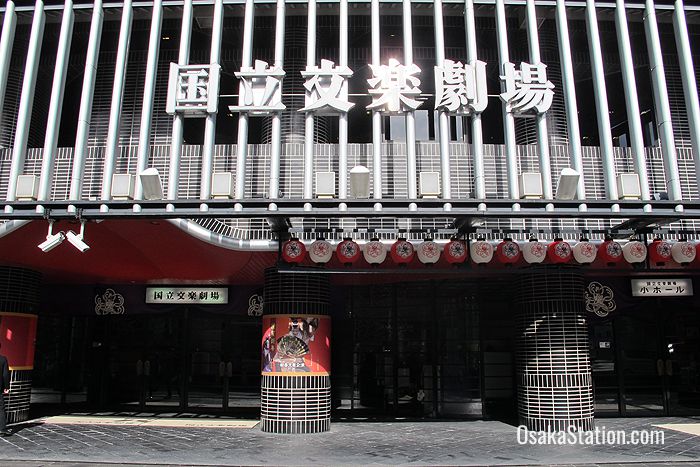 The entrance to the theater

The National Bunraku Theater was established in 1984 as the home of Bunraku in the Kansai region. The theater has a main hall with 753 seats and a small hall with 159 seats. The main hall is used mainly for Bunraku performances, but also for traditional Japanese dance performances, and other forms of drama. The small hall is used for rakugo storytelling and musical performances. About five Bunraku plays are shown at the theater each year and occasionally it also holds a special “Bunraku for Beginners” introductory event for overseas visitors with explanation given in English, Chinese, French, Spanish, and Korean. English audio earphone guides with full commentary are also available for Bunraku shows for a fee of 700 yen. Brochures are available in English, Chinese, Korean and French. 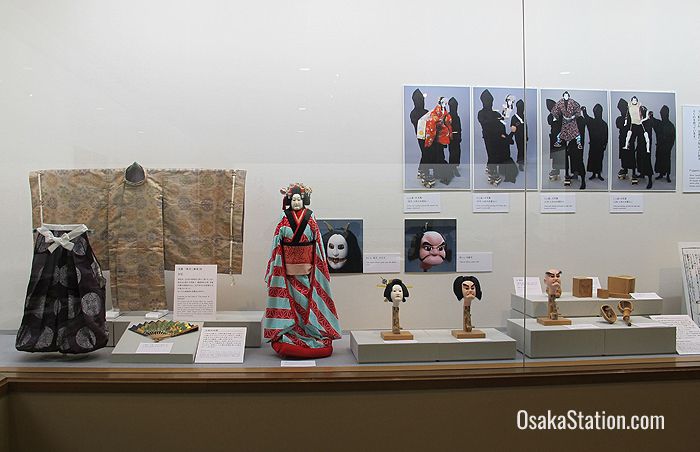 Inside the building there is a small restaurant serving refreshments and set meals of tempura and noodles. There is also an exhibition room which has a free display of puppets, costumes, photographs and videos of performances with explanations written in English as well as Japanese. 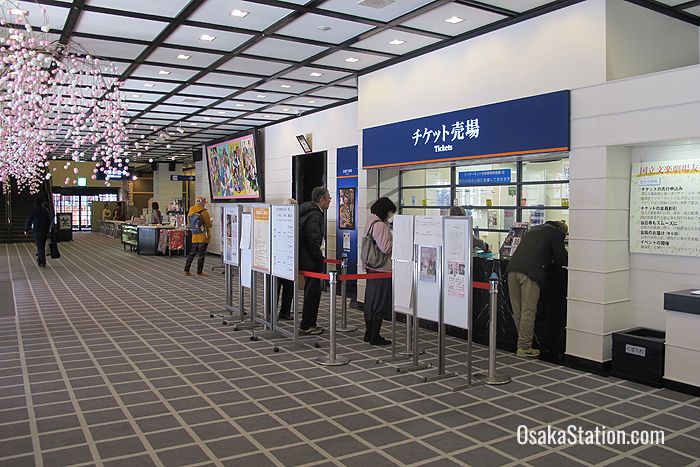 The National Bunraku Theater is a 5 minute walk from Nippombashi Subway Station and Kintetsu Nippombashi Station. The schedule of performances is available online. Ticket prices vary between 1000 and 6000 yen according to the shows and the seating. Here is a map of the location.