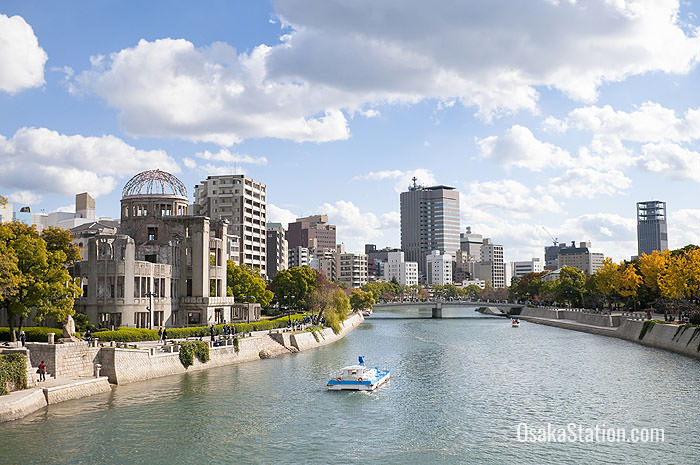 However, Hiroshima does have some other happier points of interest such as Hiroshima Castle, the Shukkeien Garden and Hiroshima Art Museum. 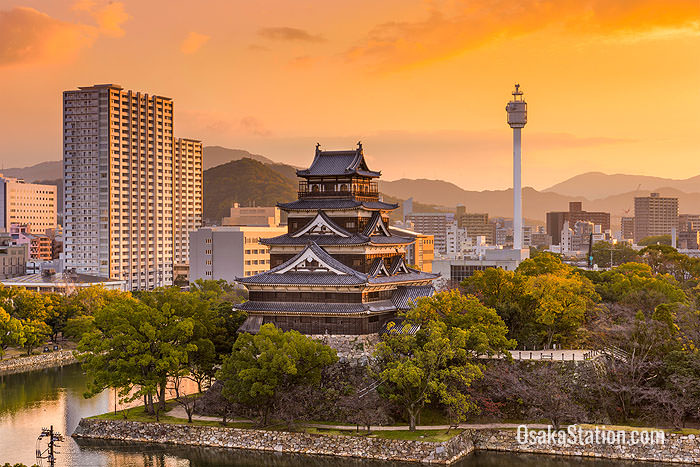 Hiroshima cityscape with Hiroshima castle in the middle

Moreover, Hiroshima is an excellent base from which to travel to Miyajima Island (also known as Itsukushima) with its famous sea-front shrine and the giant torii gate, which at high tide is partially submerged in the sea. 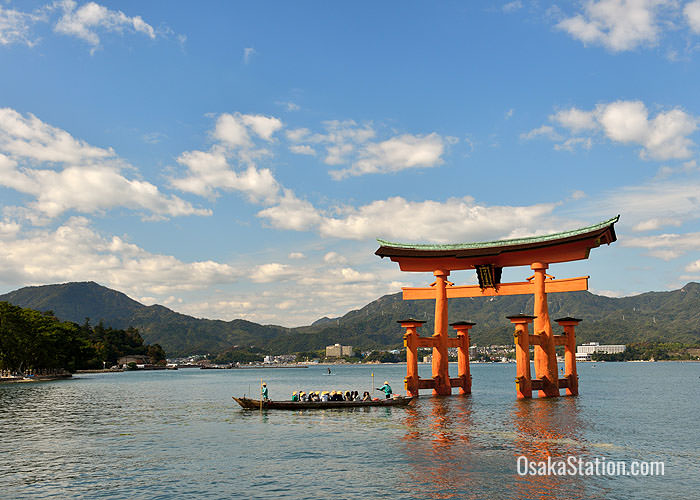 There are two ways to travel from Osaka to Hiroshima: by the shinkansen bullet train or by highway bus.

Osaka to Hiroshima By Shinkansen Train 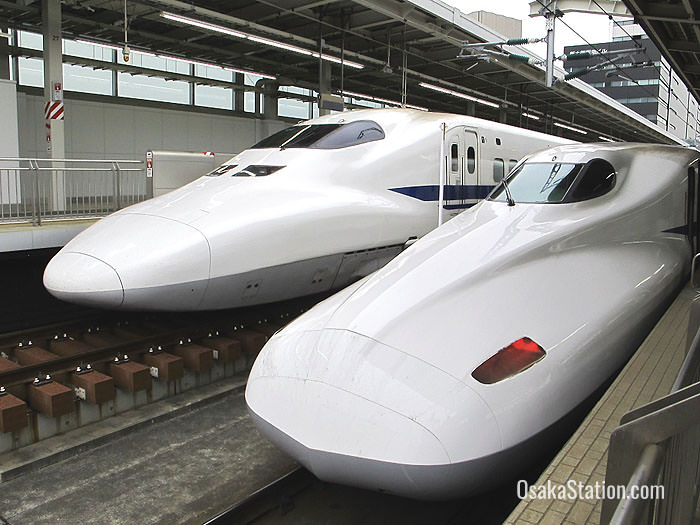 You can take a bullet train on the Sanyo Shinkansen Line from Shin-Osaka Station to Hiroshima Station and the fare is 9,710 yen. Journey times vary according to the model of the train. The faster models like the Mizuho and the Nozomi take just 1 hour and 25 minutes. However, these models are not covered by the Japan Rail Pass. If you have a Japan Rail Pass, you should take slower models like the Sakura which takes 1 hour and 32 minutes, or the Hikari which takes 2 hours and 13 minutes.