Osaka Municipal Subway’s Chuo Line runs from the west to the east between Cosmosquare Station and Nagata Station. Beyond Nagata Station this line is extended by the Kintetsu Keihanna line which continues eastward as far as Gakken Nara-Tomigaoka Station in the city of Nara. Osaka Municipal Subway and Kintetsu Corporation both operate through train services that run on these lines, and collectively the two lines are nicknamed “Yumehanna”. 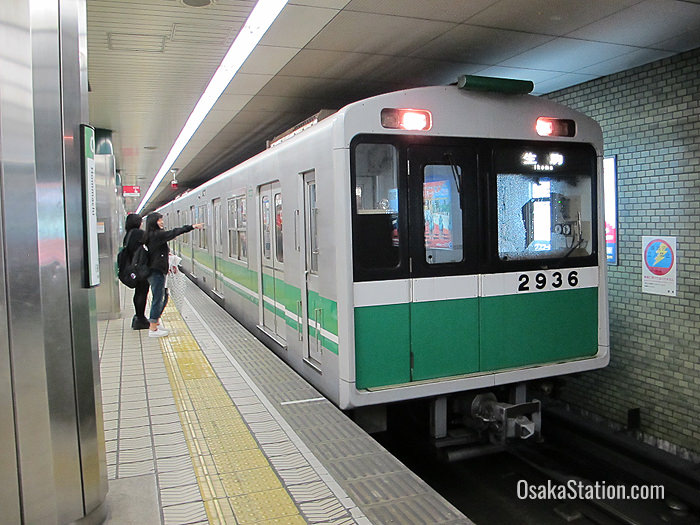 The Kintetsu Keihanna Line continues beyond Nagata Station with 7 more stations. These are:

Here, listed from west to east, are the key destinations on these lines with transfer points included. Fares and times are given from Cosmosquare Station.

This station is at the southern end of Osaka Castle Park and is within walking distance of the Osaka International Peace Center. Transfer here to the Osaka Loop Line and the Nagahori Tsurumi-ryokuchi Subway Line.

Nagata in Higashiosaka City is the connecting station for the Chuo Line and the Kintetsu Keihanna Line.

This station in the city of Nara is the terminus of the Kintetsu Keihanna Line. 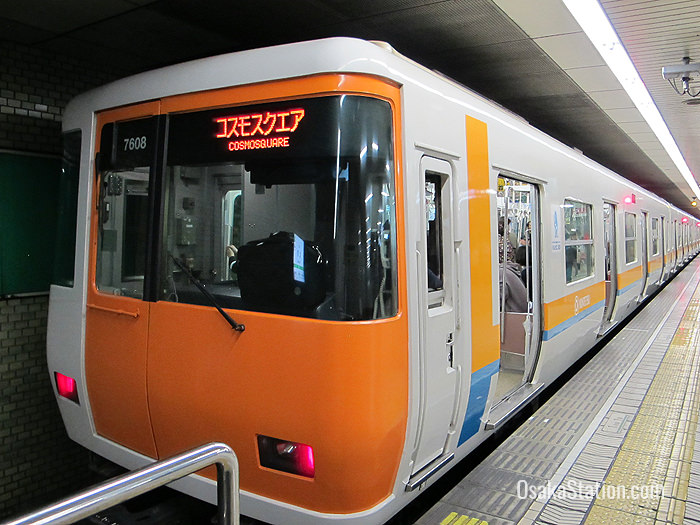 A Kintetsu through train bound for Cosmosquare