The Osaka Loop Line is a railway line operated by JR West that circles 19 stations in central Osaka city. Several important destinations are on the Osaka Loop Line, and 12 of these stations also connect with other lines that service the greater Osaka area and provide intercity connections. In short, this is one of Osaka’s major railway lines, and is extremely useful, both for getting about inside the city, and for connecting with other cities too. 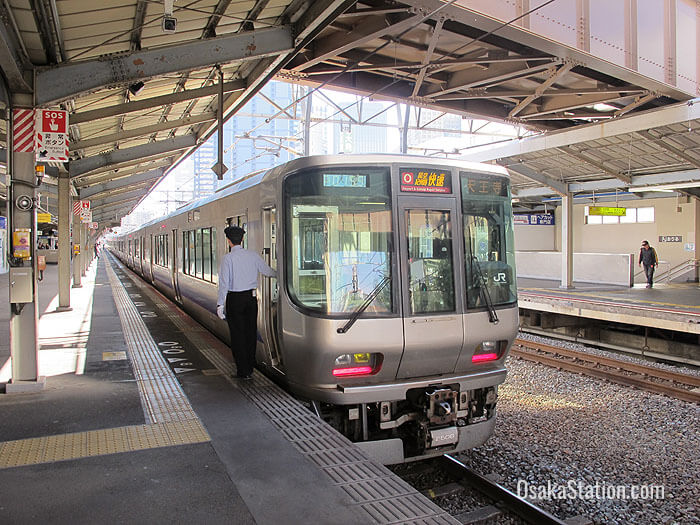 The Osaka Loop Line is called 大阪環状線 or Osaka Kanjosen in Japanese, but all signs for the line are written bilingually in Japanese and English. 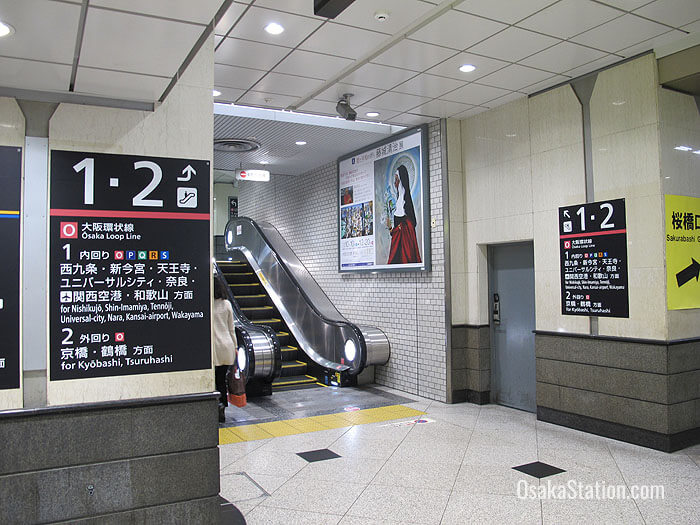 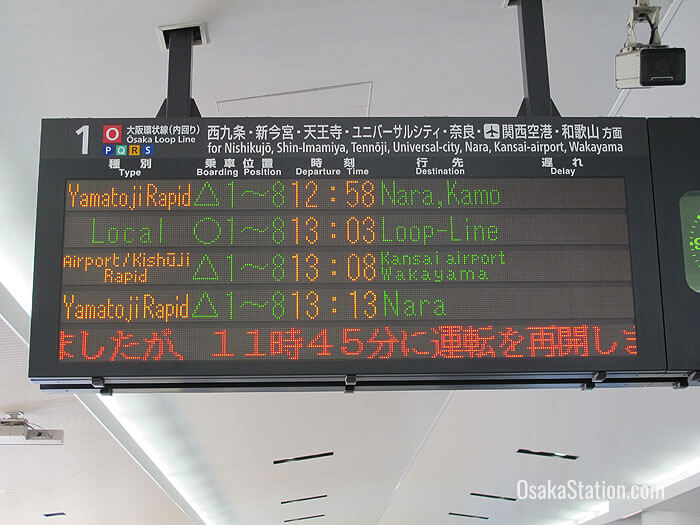 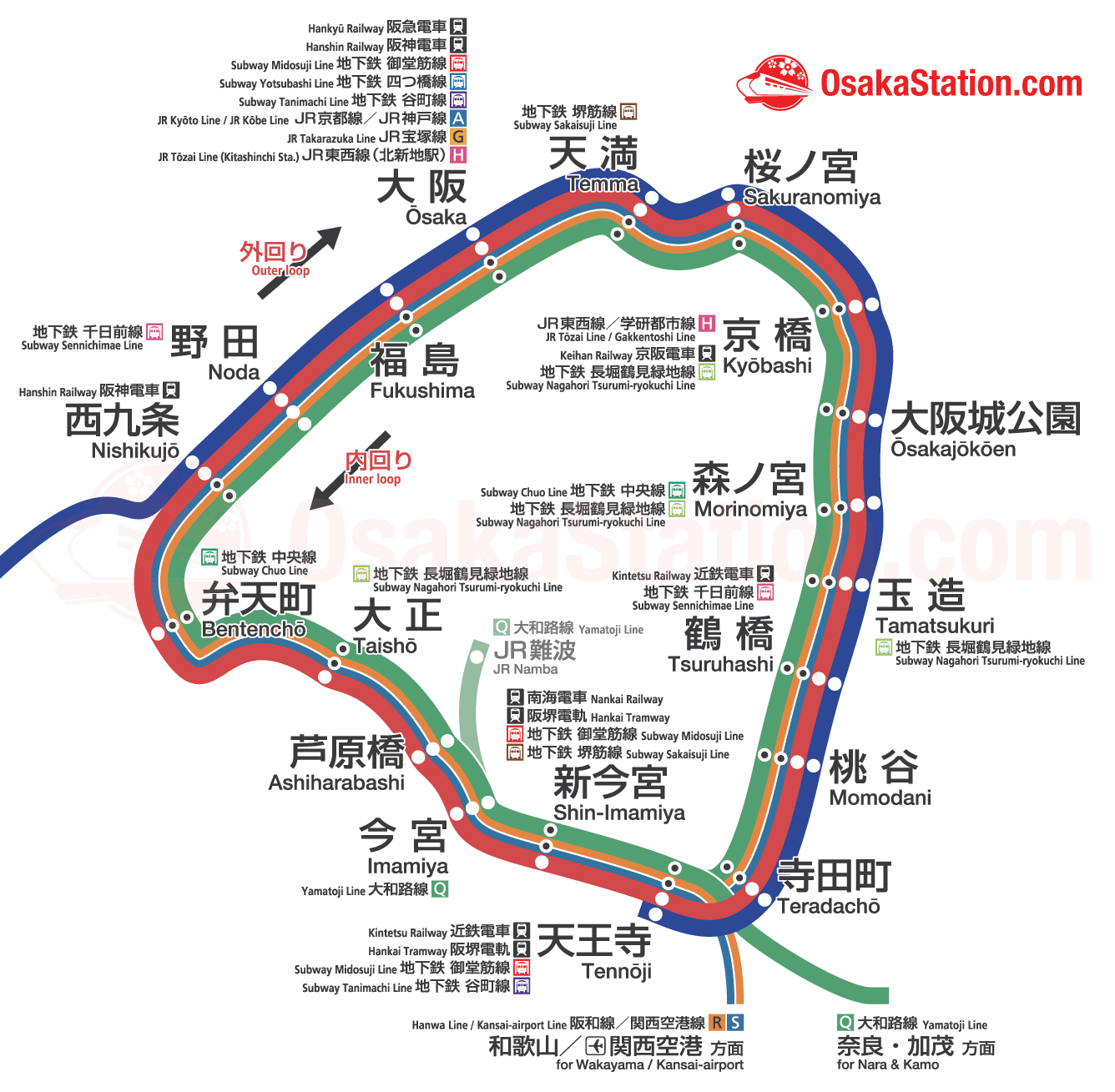 Here are all the stations on the Osaka Loop Line listed clockwise, with destination highlights and useful connections. 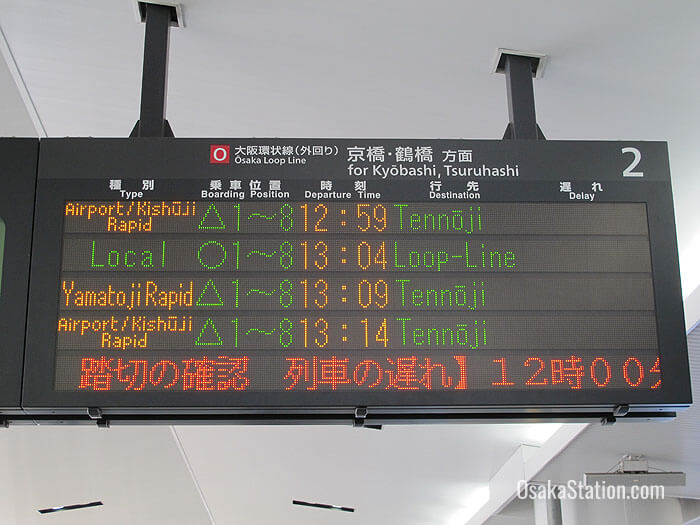 Osaka Station serves the Umeda area, which is Osaka’s most popular shopping district. Here you can find the Hankyu, Daimaru, Hanshin and Isetan department stores. Other popular attractions and shopping areas in Umeda are the Umeda Sky Building, HEP Five, and Grand Front Osaka. You can find maps for the Umeda area at the Umeda Connect website and at the Osaka Info website. 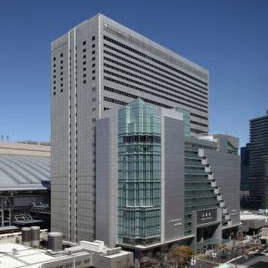 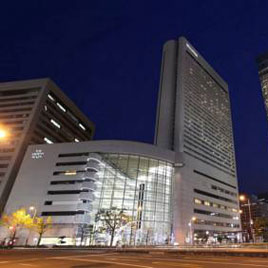 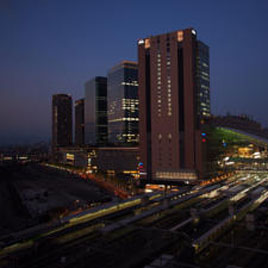 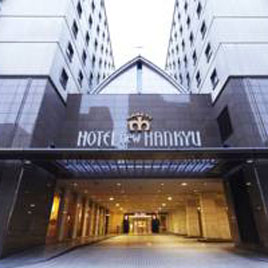 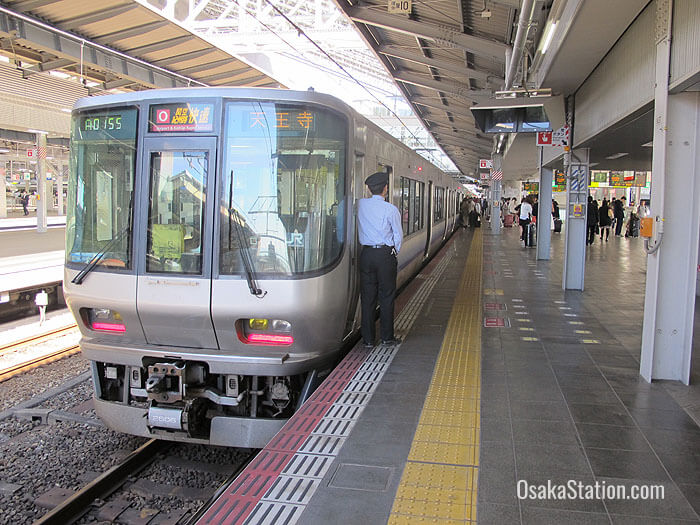 At Osaka Station transfer to the west bound JR Kobe Line for Kobe and Himeji, the JR Kyoto Line for Kyoto, and the JR Takarazuka Line for northern Kyoto Prefecture. There are also limited express services for Hokuriku, Nagano and Takayama.

At Higashi-Umeda Station transfer to the Subway Tanimachi Line which connects the cities of Moriguchi, Osaka and Yao.

At Nishi-Umeda Station transfer to the Subway Yotsubashi Line which runs between Umeda and Suminoekoen Station.

Transfer here to nearby Ogimachi Station for the Subway Sakaisuji Line.

Kyobashi is a large commercial and entertainment district, packed with bars and restaurants.

Kyobashi is also an important transportation hub as there are three stations here which are run by JR West, Keihan Railways and the Osaka Municipal Subway.

At JR Kyobashi Station transfer to the JR Tozai Line, and the Katamachi Line which connects with Kizu Station in Kyoto Prefecture.

This station is convenient for Osaka Castle. Though this castle was originally built in 1583, the main castle tower was destroyed by fire and the modern building is a 1931 reconstruction. Inside the castle a museum guides you through Osaka’s medieval past and there are superb views from the top of the castle. The park surrounding the castle is a popular recreation spot and especially so in the cherry blossom season. You can download a free map of the Osaka Castle area at the Osaka Info site.

This station is at the southern end of Osaka Castle Park and is within walking distance of the Osaka International Peace Center and Osaka Museum of History.

This station is convenient for Tamatsukuri Inari Shrine.

This station is also convenient for Korea Town, if you are approaching from the south.

This station is convenient for the public hot spring bath at Gengahashi Onsen.

The main attraction in the Tennoji area is Shitennoji Temple, which dates from 593 and is Japan’s oldest Buddhist temple. Tennoji Park, Tennoji Zoo and Osaka Municipal Museum of Fine Art are also nearby. You can download a free map of the Tennoji area from the Osaka Info website.

Exit here for Imamiya Ebisu Shrine, which hosts a lively “Toka Ebisu” festival on the 9th, 10th and 11th of January. Also nearby are the Tsutenkaku Tower and Spa World.

Transfer here to nearby Ashiharacho Station for the Nankai Shiomibashi Line.

Transfer here to the Hanshin Main Line and to the nearby Shin-Fukushima Station for the JR Tozai Line. 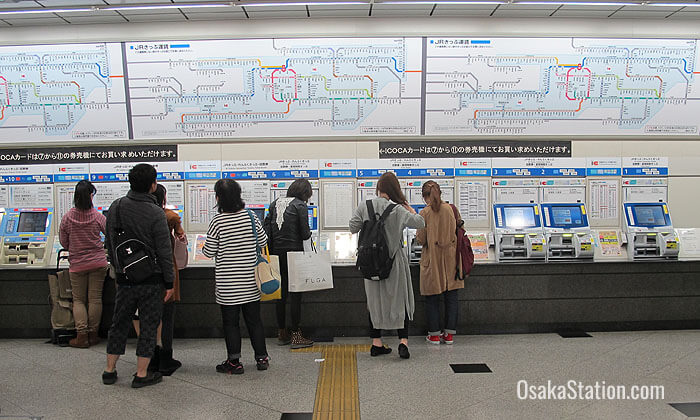 The Japan Rail Pass can be used on the Osaka Loop Line. JR West also have a range of Area Passes available which you can choose from according to the locations you wish to visit.

To plan journeys on the Osaka Loop Line you can use the JR West Timetable and Fare Finder. If you have ongoing connections with private rail lines, use an English language online route finder like Jorudan or Hyperdia. 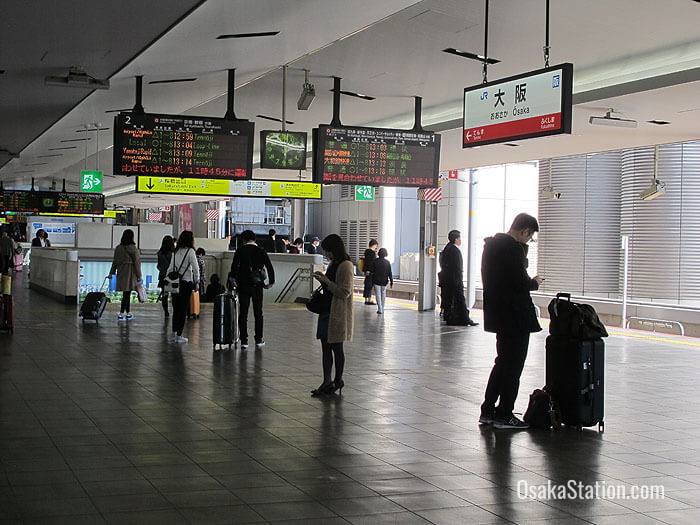