Osaka Museum of History is a wonderful facility that provides an in-depth look at local history in a most entertaining and memorable way. The museum which opened in 2003 stands in a tall modernist building across from Osaka Castle and is directly connected to the NHK Broadcast Center. Inside are a series of displays that graphically tell the story of Osaka’s development from ancient times to the present day. From the upper levels of the museum you can also enjoy excellent views of the nearby castle. 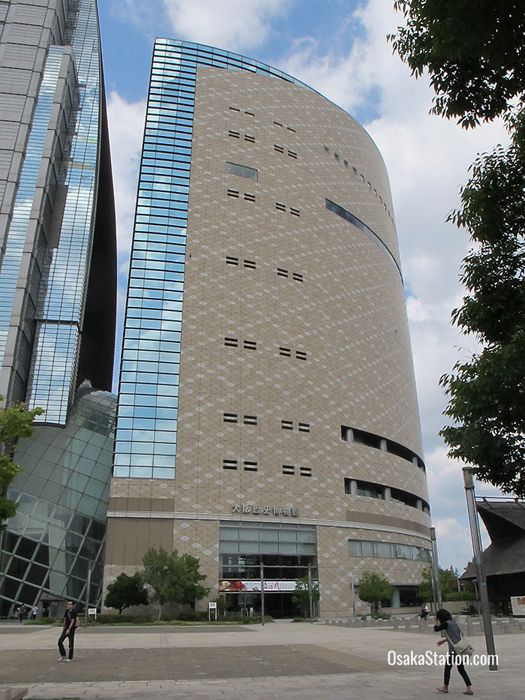 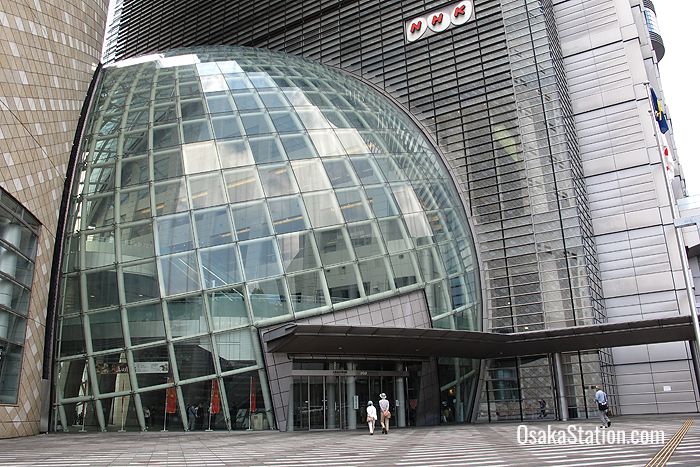 The museum exhibits are shown on the upper levels of the building, so after paying your entry fee you will be guided to an elevator. This will take you up to the top of the building on the 10th floor and from here you will work your way back down while taking an immersive trip through time. 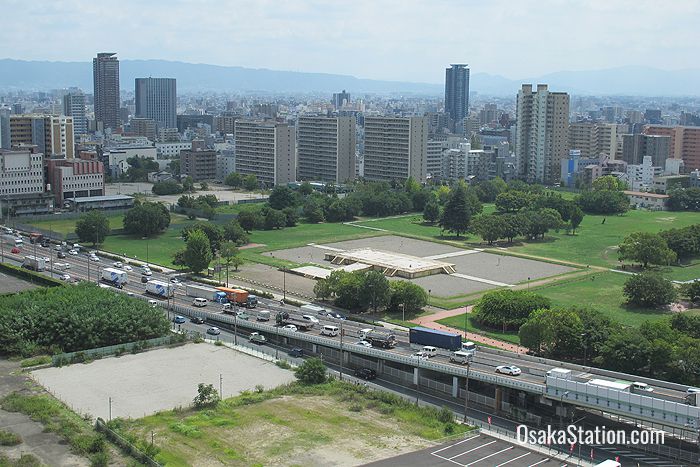 The Naniwa Palace ruins viewed from the museum

The 10th floor is dedicated to Osaka’s ancient past. Just outside the museum are the remains of the ancient Naniwa Palace, a center of Japanese government from 645 – 793. These ruins were only discovered in 1953, but can now be viewed from the broad windows at top of the museum, and compared with diagrams and sketches of what the palace buildings originally looked like. Part of the palace has been reconstructed on this top floor with huge vermilion pillars, and mannequins dressed in imperial court costumes. 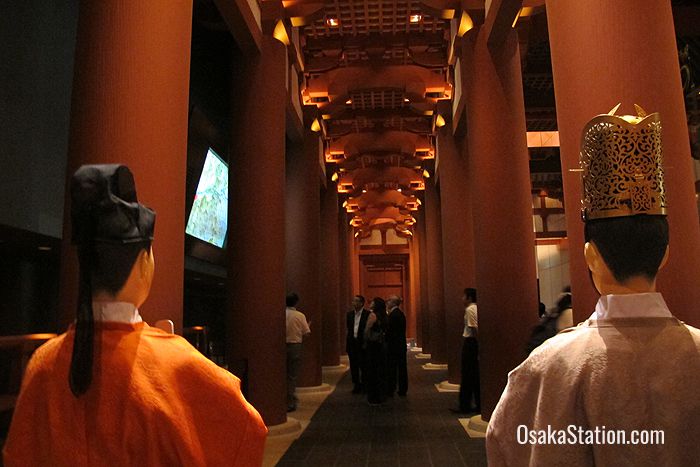 There are also scale models of the palace at various stages of its history, videos representing palace life, and artifacts from those times that have been discovered during archaeological digs. 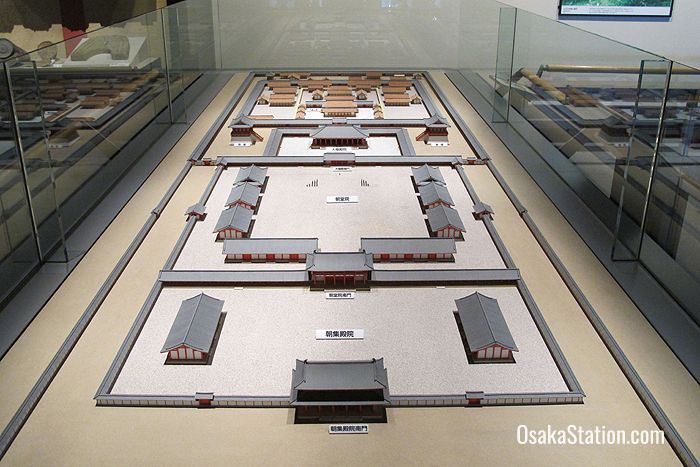 A model of the Naniwa Palace in the 8th century 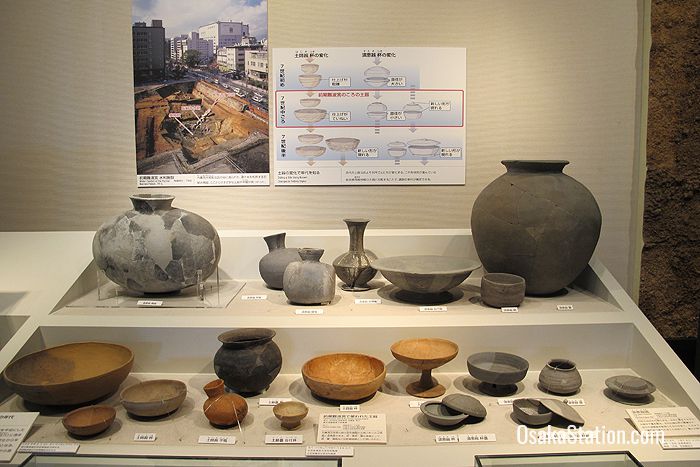 Naniwa ceramics that were found in the area

The 9th floor tells the story of Osaka city’s development as a busy port and center of trade during the middle ages and the early modern period. Here there are many excellent scale models and dioramas depicting city life. The attention to detail is very impressive and will fascinate history lovers of all ages. 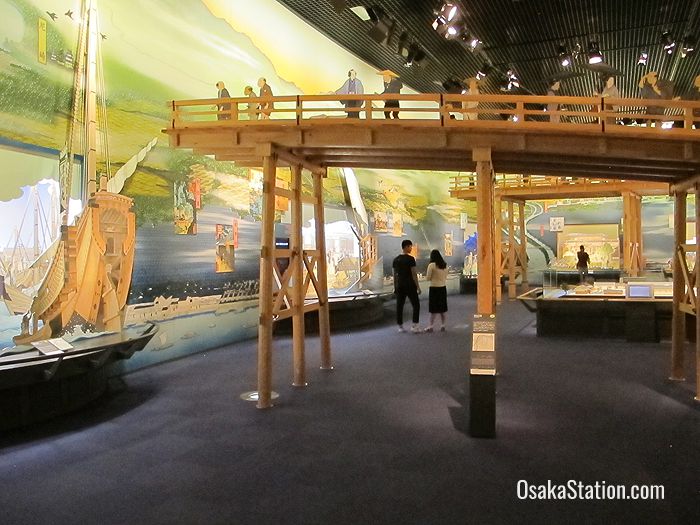 Taking a tour through time… 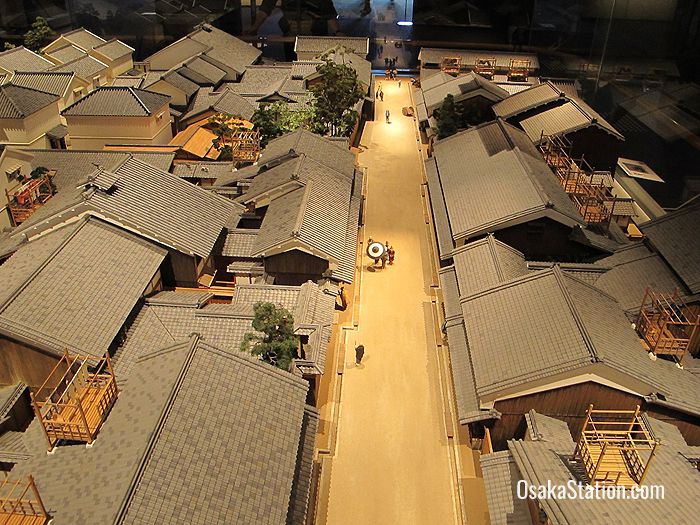 The townscape of Semba in the mid-19th century 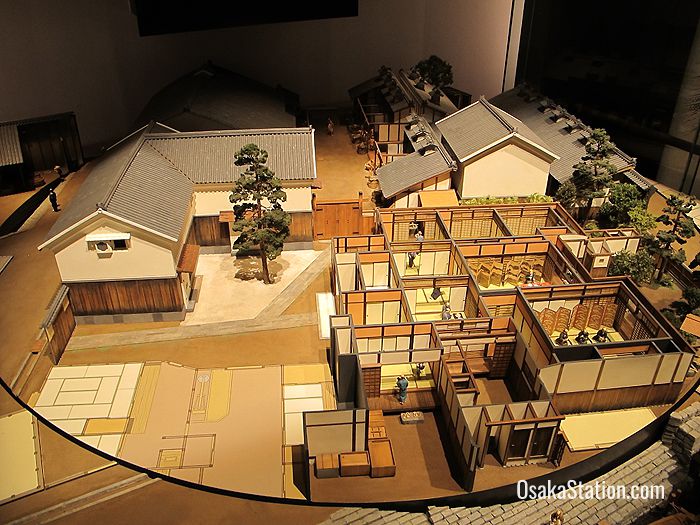 A revolving model of the Sumitomo copper refinery

On the 8th floor is a reconstruction of an archaeological dig with the actual tools used to uncover the past. Museum staff are on hand to guide visitors through this section and show how fragments of the past can be used to solve historical mysteries. 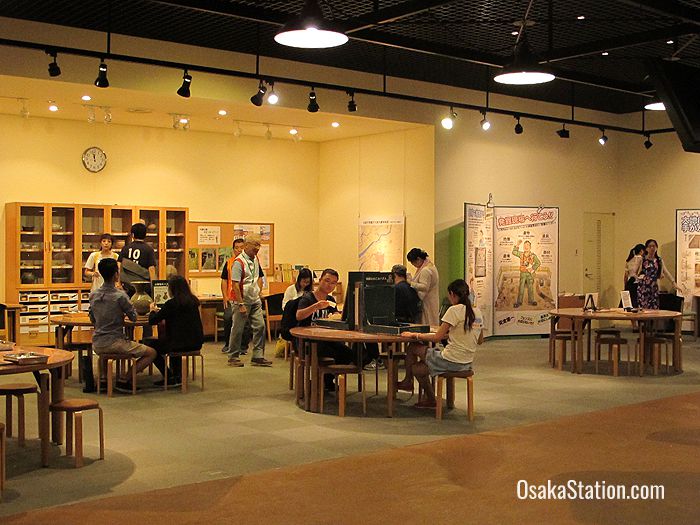 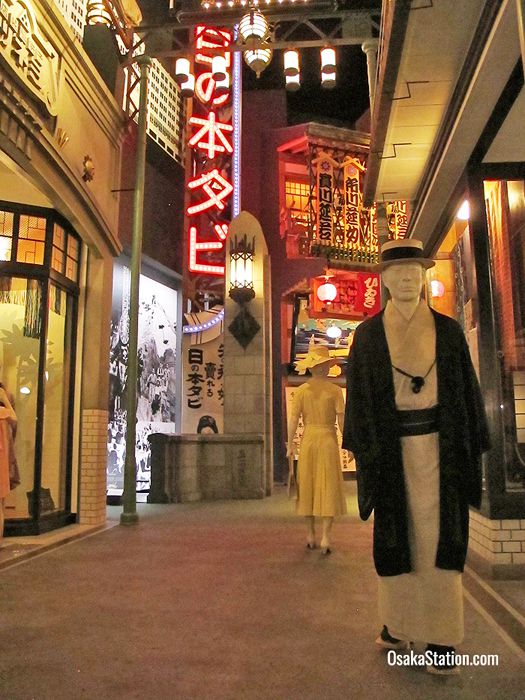 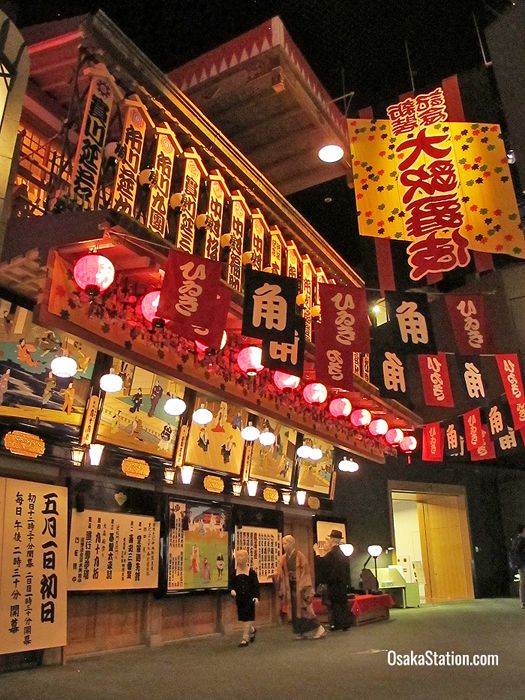 A reconstructed Kabuki Theater in the Sennichimae area 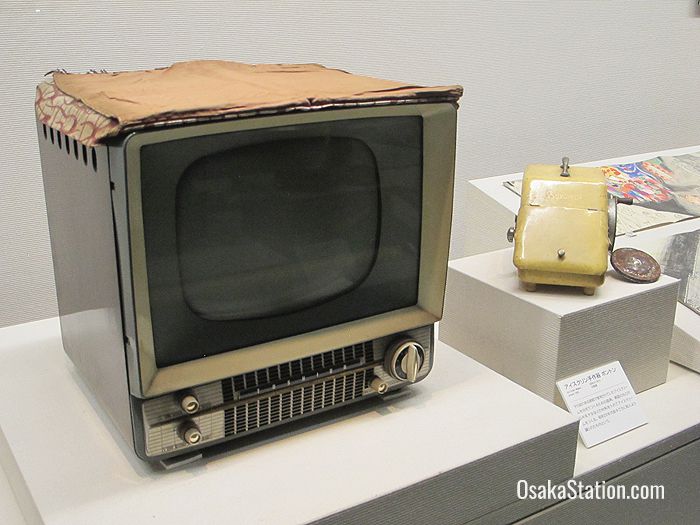 A television set and ice cream maker from the 1950s

On other floors there are special exhibition areas that are not always in use and a reference library. The 1st floor has a lobby with seating, a restaurant, and a museum shop. 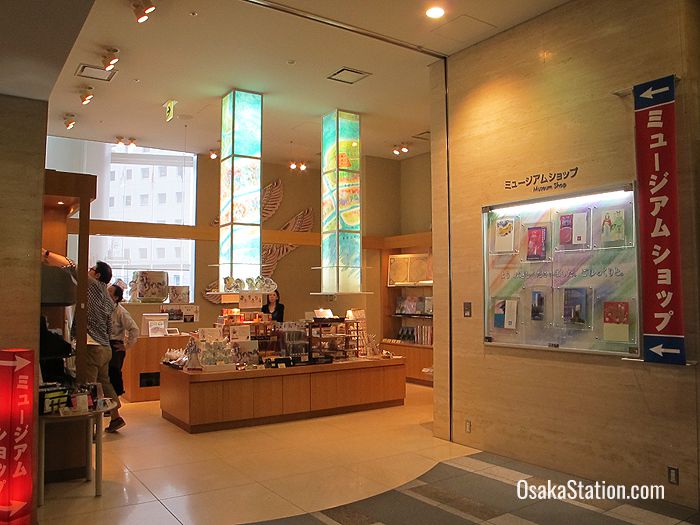 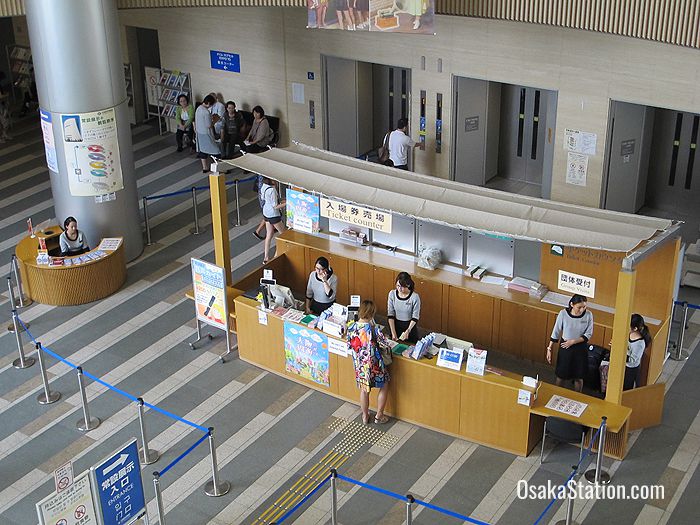 On leaving the museum make sure you also check out the reconstruction of a 5th century Hoenzaka warehouse which stands just outside the exit. The remains of sixteen of these thatch-roofed warehouses were discovered by archaeologists in this area. 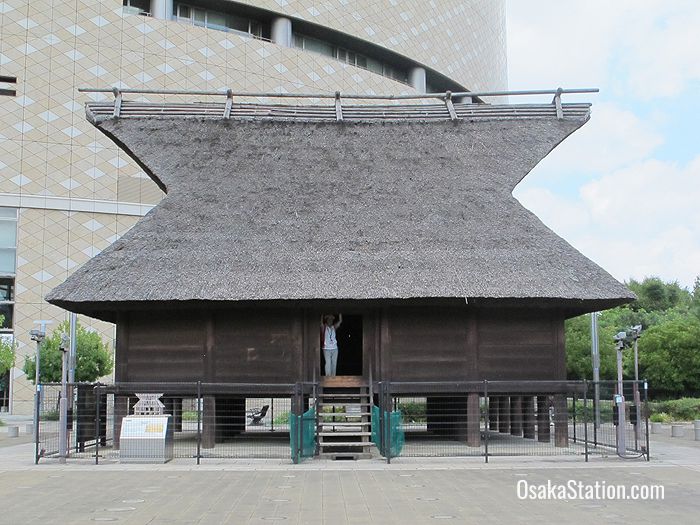 Osaka Museum of History stands across from the south west corner of Osaka Castle Park and the nearest station is Tanimachi Yonchome Station which serves the Chuo and Tanimachi subway lines.

From Osaka Station the best route is to transfer to Higashi Osaka-Umeda Station and take the Tanimachi Subway Line south. Exit 9 of Tanimachi Yonchome Station is just outside the museum. 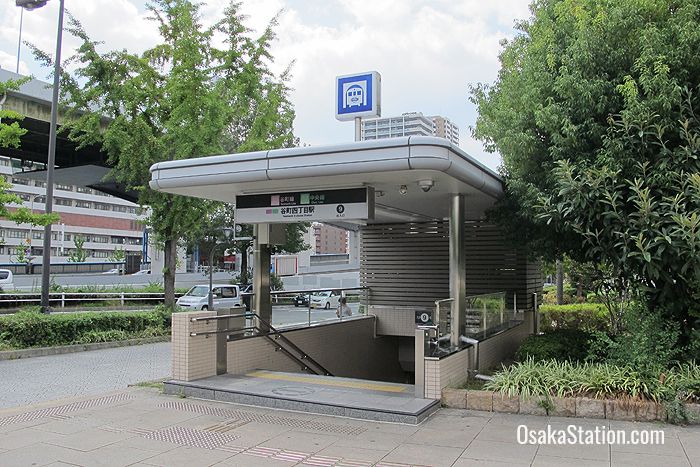 The entrance to Tanimachi Yonchome Station is right outside the museum 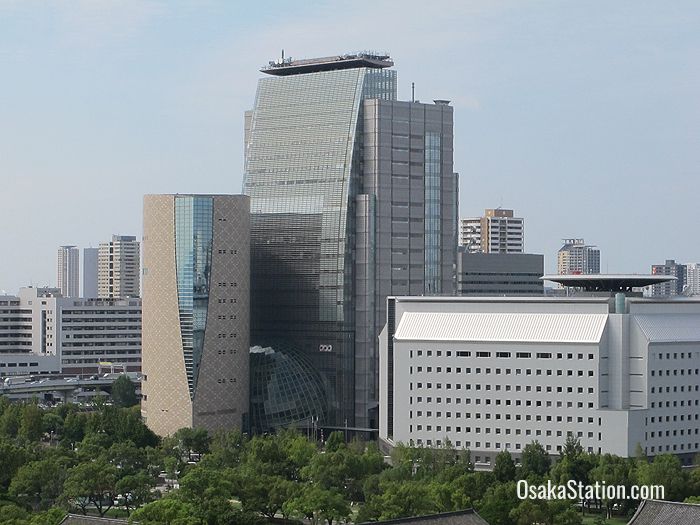 A view of the museum and NHK building from Osaka Castle