Mount Koya (or Koyasan) is a designated UNESCO World Heritage Site, the location of a historic monastic settlement, a popular tourist location, and a center of spiritual retreat. The Nankai Koya Line is the primary means of accessing Koyasan. Because the Nankai Koya Line is a private railroad it is not covered by the Japan Rail Pass, but there are some other discount options which we will examine at the end of this article. 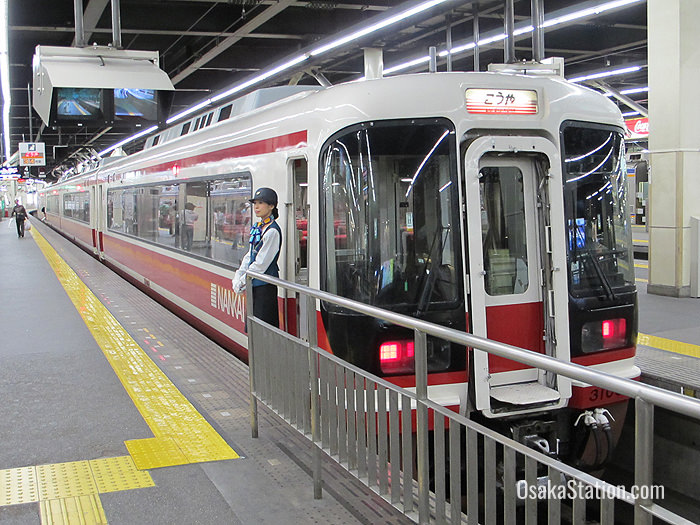 There are 42 stations on the Nankai Koya Line. In Osaka, Nankai Namba Station is the most convenient station for accessing the Nankai Koya Line, but it is also possible to join this line at other stations in central Osaka such as Shin-Imamiya Station and Tengachaya Station. The key departure stations, transfer points and destinations are given below with fares and example train times given from Nankai Namba Station. 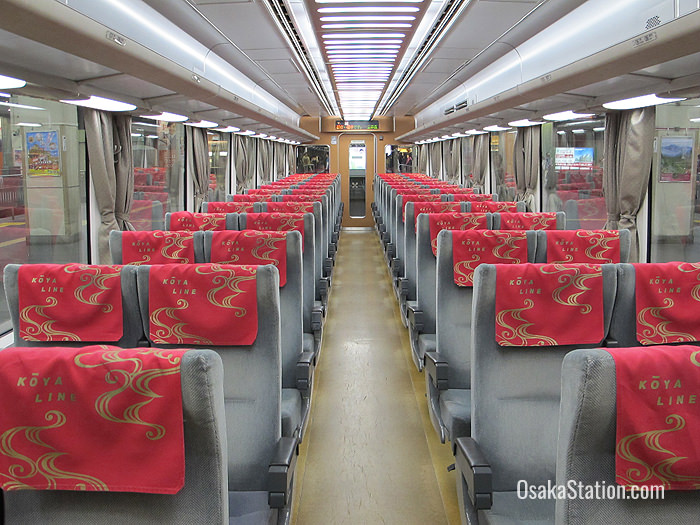 Inside a Limited Express train

This station is in the Nishinari Ward of Osaka. All trains of the Nankai Koya Line and Nankai Main Line stop here and it is also the southern terminus of the Sakaisuji Subway Line.

Depending on your travel time, you may need to change trains at Kawachi-Nagano Station.

This station in Wakayama Prefecture is convenient for transfers from the JR Wakayama Line. If you cannot get a direct service from Namba to Gokurakubashi Station, you may need to change trains here.

This station serves the town of Koya, in Wakayama Prefectue. It is the terminus of the Nankai Koya Line. To access Koyasan from here, transfer to the Koyasan Cable Car. 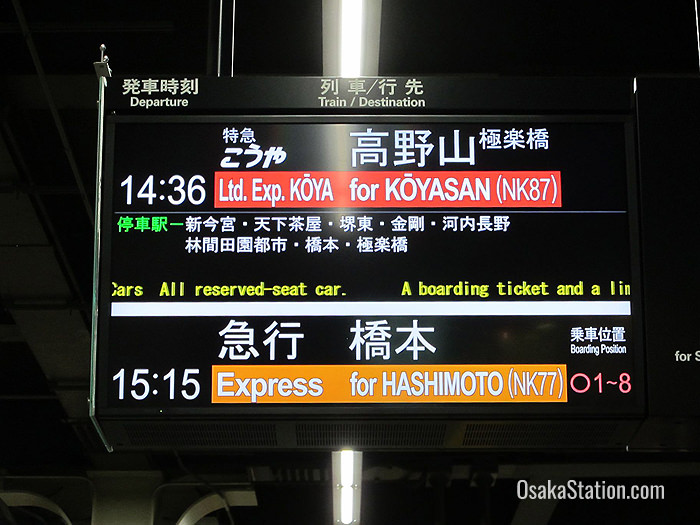 Traveling between Gokurakubashi Station and Koyasan

On arrival at Gokurakubashi Station do not exit the ticket gates. Instead transfer directly to the Koyasan Cable Car. 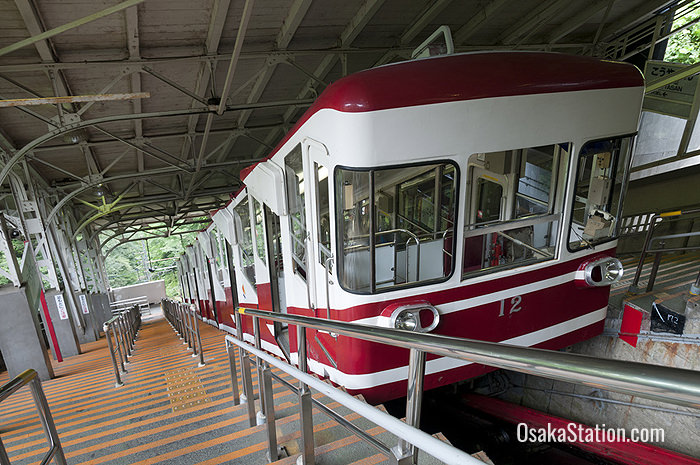 The journey takes 5 minutes and costs 390 yen. From Koyasan Station you will then need to take a bus into the center of town. The fare is 290 yen to the Senjuinbashi bus stop.

Things to do in Koyasan 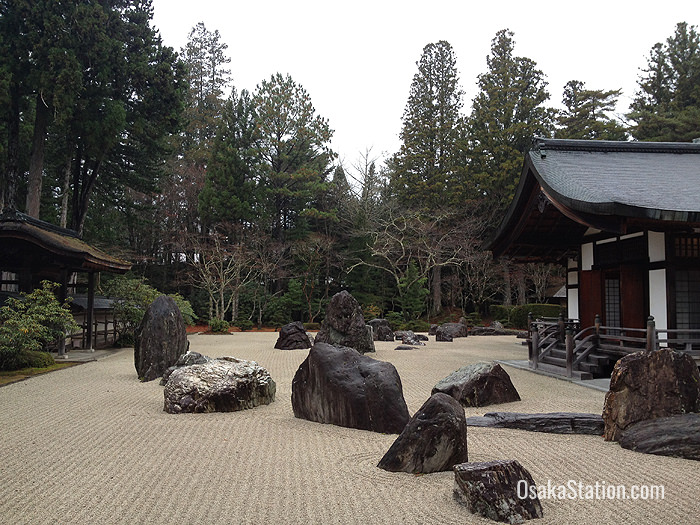 The rock garden at Kongobuji Temple

There are over 100 temples and many famous gardens on Mount Koya. Among the more famous sites are the Kongobuji Temple and its rock garden (the largest in the world), the Konpon Daito pagoda, the Reihokan treasure house and the Okunoin cemetary, which is the final resting place of Buddhist saints and many historical figures. Many people choose to stay at a temple lodging (called a shukubo), enjoy some traditional Buddhist vegetarian food (called shojin ryori) and join with a temple’s daily meditation practice. Among the 50 or so temples that offer lodging Eko-in Temple has a relaxed and friendly atmosphere, excellent food, and very comfortable sleeping quarters. This temple is close by the Okunoin Cemetary, and monks from the temple give nightly tours there. You can also view a mystical fire service at Eko-in each morning. 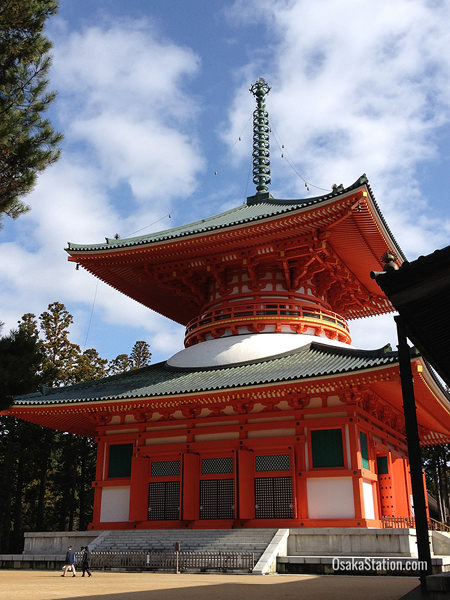 The Nankai Koya Line is not covered by the Japan Rail Pass, but there are alternatives. There are two options for saving money when traveling to Mount Koya. The Kansai Thru Pass will cover the cost of the Nankai Koya Line and also cover other private rail, bus and subway journeys in the Kansai region. Please note that it does not cover JR trains.

Nankai Electric Railway also offer a Koyasan-World Heritage Ticket which covers the Nankai Koya Line, the cable car, and all bus travel in Koyasan. It also includes discount coupons for some of the sites, and restaurants on Mount Koya. 2-day round-trip discount tickets are available which can be used from Nankai Namba Station (2,860 yen for an adult or 1,440 yen for a child) or Kansai International Airport (3,710 yen for an adult and 1,870 yen for a child).

Use the following downloadable PDFs for a map of Koyasan with bus routes, a timetable from Nankai Namba Station, and a general access guide with information on trains, buses and temple lodgings.