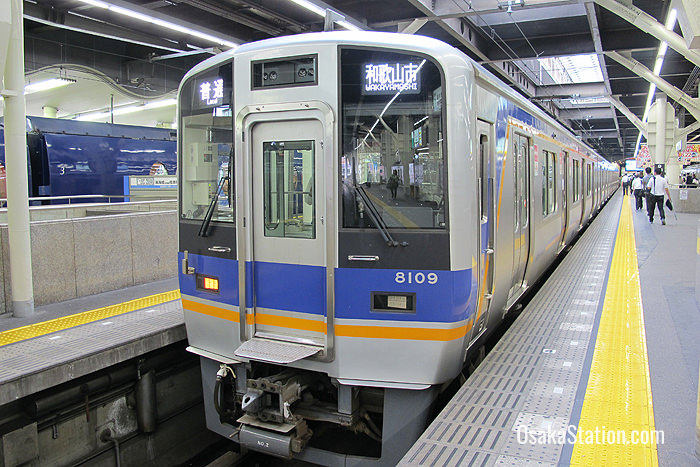 A local train bound for Wakayamashi at Nankai Namba Station 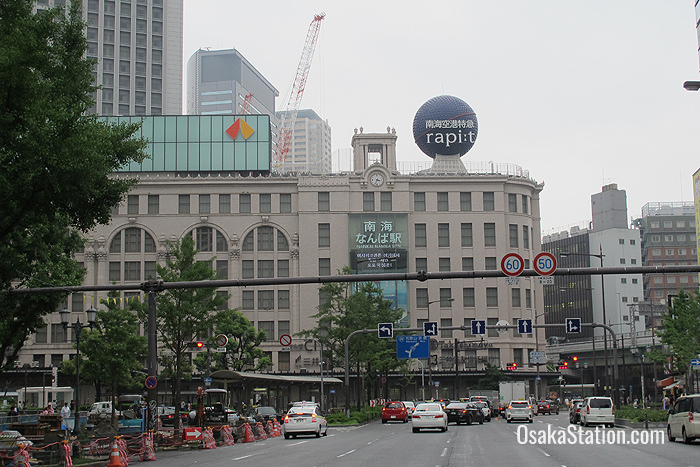 This station is in the Nishinari Ward of Osaka. All trains of the Nankai Main Line and Nankai Koya Line stop here and it is also the southern terminus of the Sakaisuji Subway Line.

Exit here for Sumiyoshi Park and for Sumiyoshi Taisha Shrine. This 3rd century shrine is famous for its graceful arched bridge, and its main building is a designated National Treasure.

This station is convenient for Hamadera Koen Park which is famous for its pine trees and for its extensive rose garden. The station itself dates from 1907 and is a designated “tangible cultural property” as it was designed by the architect, Kingo Tatsuno who is best known for designing Tokyo Station. Transfers can be made at nearby Hamadera-ekimae Station to the tramway Hankai Line.

This station is convenient for the Kishiwada Danjiri Matsuri, a famous float festival which is held every September and is famous for the reckless speed at which the giant floats fly through the streets.

This station is convenient for Kishiwada Castle which dates from 1334 and features an exhibition space and a traditional rock garden.

Train fare: 490 yen
Train time: 36 minutes by Airport Express to Izumiotsu and then by Local train 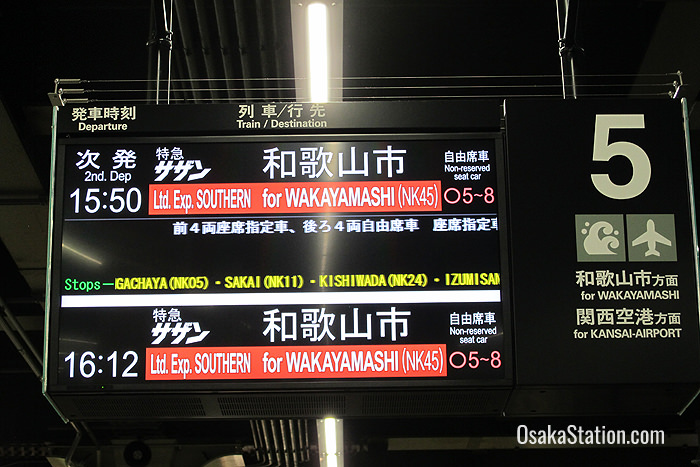 Departure information is given in Japanese and English

Transfers can be made here to the Nankai Airport Line for Kansai International Airport.

Exit here for Misaki Park, a zoo and amusement park, operated by Nankai Railway, which opens a large outdoor pool in the summer.

Wakayamashi Station in the city of Wakayama is the southern terminus of the Nankai Main Line. Wakayama city’s biggest tourist attraction is Wakayama Castle. First built in the 16th century, the current castle is mostly a 1950’s reconstruction as the bulk of it was destroyed in the last world war. The Kuroshio Market in Wakayama Marina City is another popular attraction. Here you can buy fresh seafood, watch a whole tuna being filleted, or eat in one of many seafood restaurants. 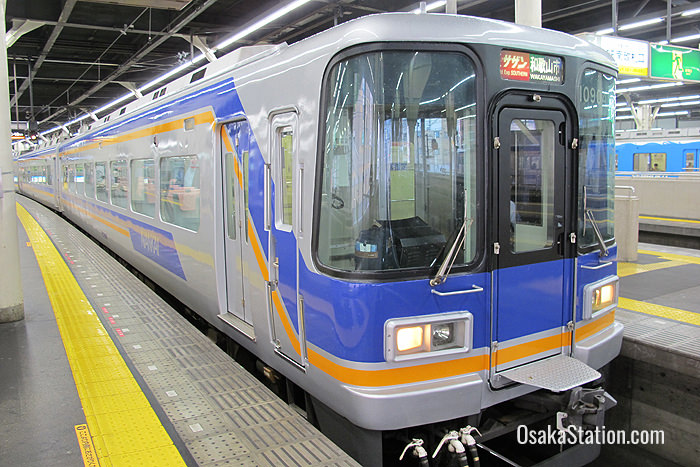 A Limited Express bound for Wakayamashi at Nankai Namba Station 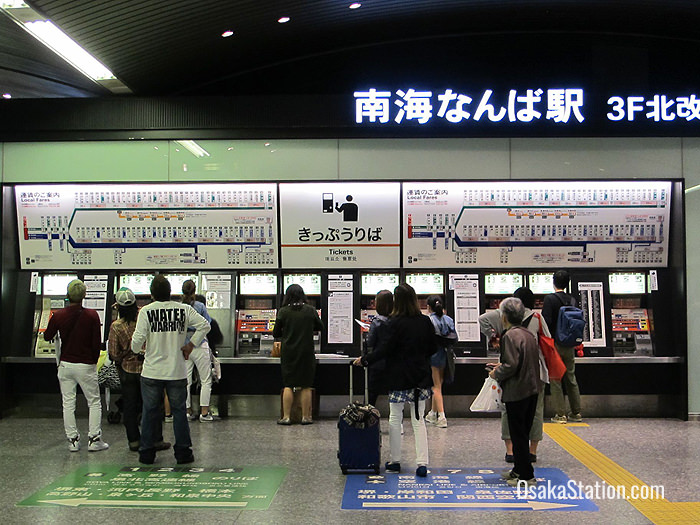 Two more discount passes are available that can be used on Nankai Railway lines in the Osaka area. The Yokoso! Osaka Ticket includes a one way ticket Limited Express Rapi:t between Kansai-Airport Station and Namba Station, and also unlimited rides for trams, buses and subways for 1 day’s travel in Osaka. Discounts for Osaka’s sightseeing locations are included with this ticket. This ticket is available for adults only and costs 1,500 yen.

The Nankai Expansion Version of the Osaka Amazing Pass covers all Nankai Railway lines in Osaka as well as subways, buses, trams and other private rail lines in Osaka such as Kintetsu, Keihan, Hanshin and Hankyu. Some special offers for popular tourist spots in Osaka are also included with this ticket. This ticket is available for adults only and costs 2,900 yen.

Please note that these three discount options do not cover JR Railway lines.