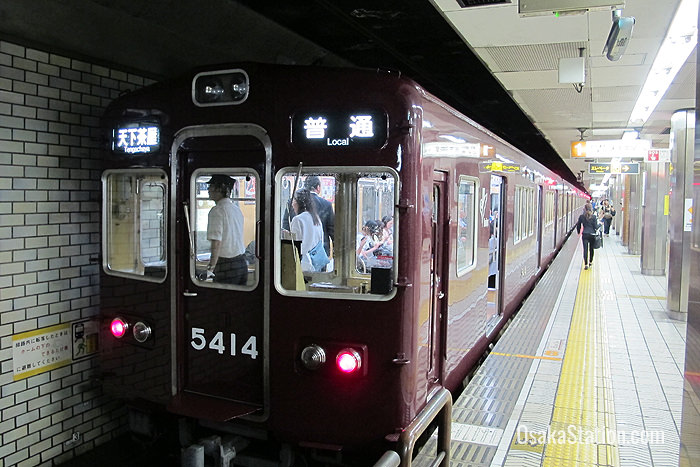 A Hankyu through train bound for Tengachaya

Fares and train times below are given from Tenjinbashisuji Rokuchome. 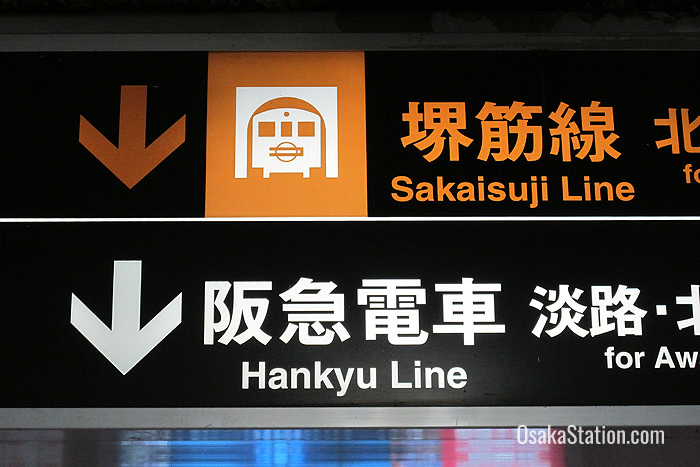 Signs for the Sakaisuji line are color-coded brown

Tenjimbashisuji Rokuchome Station is close to Tenjinbashisuji Shotengai, Japan’s longest covered shopping street. Transfers can be made here to the Tanimachi Subway Line and the Hankyu Senri Line. 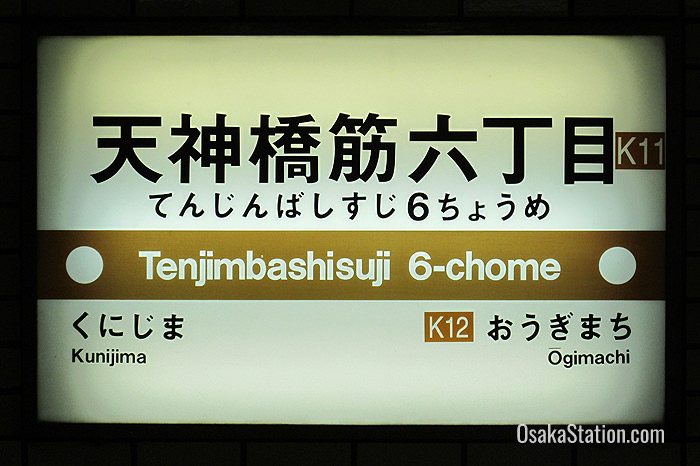 Ogimachi Station is convenient for Kids Plaza Osaka, a museum dedicated to child education. This station is also close to the Tenjinbashisuji shopping street. Transfer here to nearby Temma Station for the Osaka Loop Line.

Transfers can be made here to the Tanimachi Subway Line, and at nearby Osaka-Temmangu Station to the JR Tozai Line.

Kitahama Station is convenient for Nakanoshima Park. Transfers can be made here to the Keihan Main Line.

Nippombashi Station serves the popular shopping district of Nipponbashi. Exit here for Kuromon Ichiba Market, the National Bunraku Theater, and the Denden Town area which is famous for its cheap electronics shops. Transfer here to the Sennichimae Subway Line. At nearby Kintetsu Nippombashi Station transfer to the Kintetsu Namba Line.

Exit here for Imamiya Ebisu Shrine, which hosts a lively “Toka Ebisu” festival on the 9th, 10th and 11th of January. Also nearby are the Tsutenkaku Tower and Shitennoji Temple, which dates from 593 and is Japan’s oldest Buddhist temple. Transfer here to the tramway Hankai Line which links the cities of Osaka and Sakai.

This is a convenient stop for Tennoji Park, Tennoji Zoo and Osaka Municipal Museum of Fine Art. Spa World is also nearby.

Tengachaya Station is the southern terminus of the Sakaisuji Line. Transfer here to the Nankai Main Line and the Nankai Koya Line. 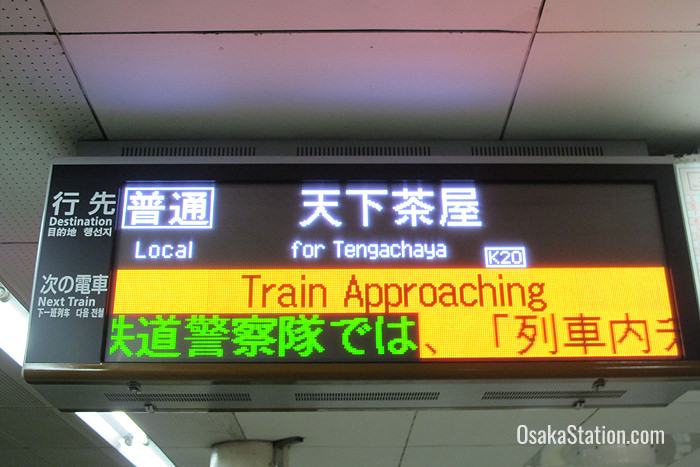 Information alternates between Japanese and English 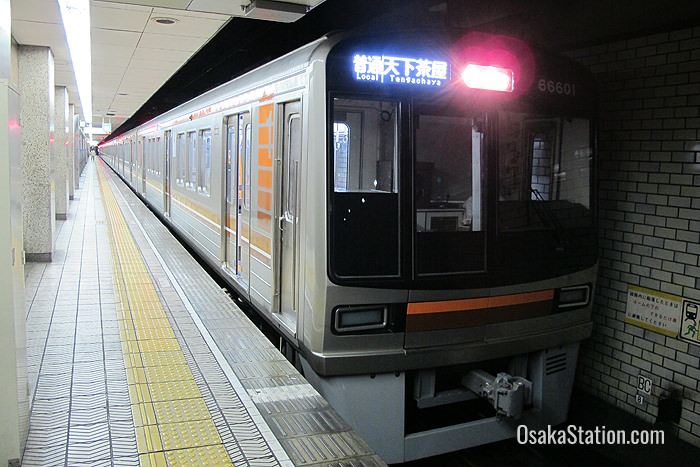