The JR Tozai Line is an underground rail service that runs between Kyobashi Station in Osaka and Amagasaki Station in Hyogo Prefecture. It provides an important commuter rail link between central Osaka in the east and the city of Amagasaki in the west. For this reason it is named “Tozai” which means “east and west.” This line is fully covered by the Japan Rail Pass. 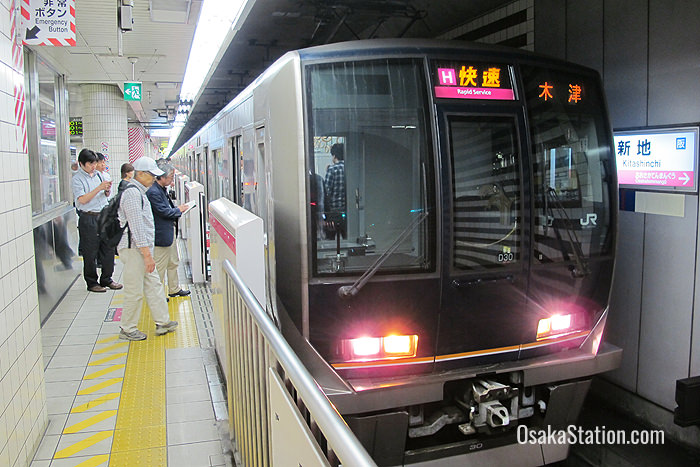 There are 9 stations on the JR Tozai Line. These are as follows:

Though Kyobashi and Amagasaki are the terminal stations of the JR Tozai Line, many trains that run on this line continue on beyond it. Trains heading west may continue past Amagasaki on the JR Kobe Line all the way to Nishi-Akashi Station in Akashi City. Trains heading east may continue on the JR Katamachi Line (also called the Gakkentoshi Line) to Kizu Station in Kyoto Prefecture. All the key destinations and transfer points on the JR Tozai Line are given below with fares and train times given from Kyobashi Station. 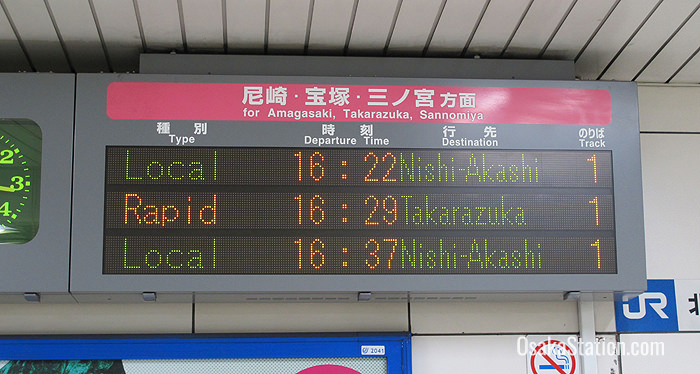 Kyobashi is a large commercial and entertainment district, packed with bars and restaurants.
Kyobashi is also an important transportation hub as there are three stations here which are run by JR West, Keihan Railways and the Osaka Municipal Subway.

At JR Kyobashi Station transfer to the Osaka Loop Line, and the JR Katamachi Line which connects with Kizu Station in Kyoto Prefecture.

Exit here for the Fujita Art Museum and the Sakuranomiya Park.

Transfers can be made at nearby Minami-morimachi Station to the Sakaisuji and Tanimachi subway lines.

The Kitashinchi of Umeda is most famous for its nightlife and is packed with restaurants, clubs, and bars. Kitashinchi Station is a 7 minute walk south of the Osaka Station and is located in the same network of underground tunnels that are also home to Higashi-Umeda Station, Nishi-Umeda Station and Hanshin Osaka-Umeda Station. Though this station is technically separate from Osaka Station it is connected to it by an underground walkway, and with the correct ticket or through pass it is possible to make free transfers between these two stations. The following transfers can be made at nearby stations.

This station serves the city of Amagasaki in Hyogo Prefecture and it is the western terminus of the Tozai Line. Transfer here to the JR Kobe Line and the JR Takarazuka Line. 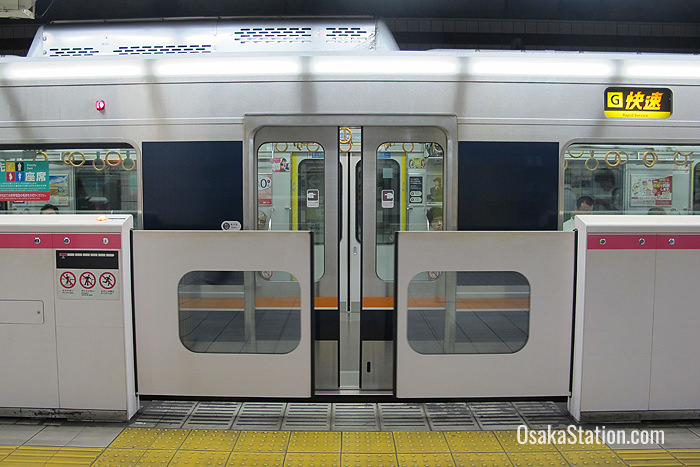 To see how the JR Tozai Line fits into the wider JR rail network, download the JR Line Route Map for the Kinki area.

To plan your journey on JR rail lines, use the JR West Timetable and Farefinder.