Noh theater is Japan’s oldest dramatic form dating back to the 14th century, and also its most mysterious having developed from ancient rituals that dramatized the links between the physical and spiritual worlds. It is a form of drama quite unlike anything we are used to in Western theater, and both performance and setting are highly symbolic. The stage is bare without any scenery other than the standard painting of a pine tree on the back wall. The audience is forced to imagine through the poetry of the performance the location that is described. Actors too rely not on their facial expressions but on masks that can express varied emotions depending on how they are worn. 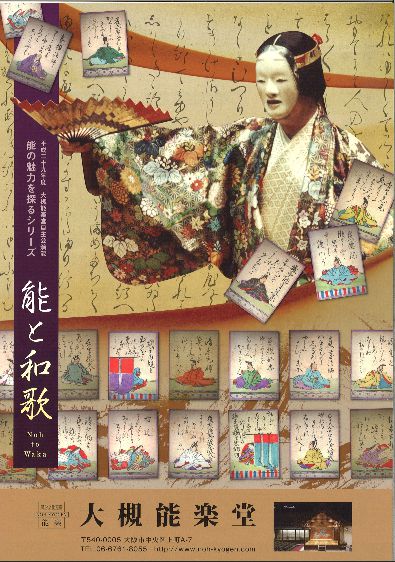 Music, poetry, dance, and the movement of a painted fan are all employed to convey both story and emotion, and gorgeous costumes dazzle the audience. Noh plays are really quite beautiful, but also very spooky. Typically a traveler, a traveling monk for example, will arrive at an area of historical interest and strike up a conversation with one of the locals. This local citizen will tell a heartbreaking story associated with the area, and then reveal that they are in fact the story’s main character: a ghost, or a god, or some other supernatural entity. The play will often end with the spirit appearing in a different costume that shows their true identity and performing a passionate but elegant dance before disappearing from the stage.

How to Enjoy Noh

Noh dramas are recited in an old form of Japanese and the pronunciation is quite stylized. It is a good idea to read the story of the play in advance, so that you have some idea of what is happening on stage. You can find scripts for many plays with English and modern Japanese on the excellent theNoh.com website. This site also has a schedule for all the Noh theaters in Japan.

Prices for Noh performances tend to vary between 3,000 and 10,000 yen depending on the length of the program and on the location of your seats. Seats at the side of the stage are cheaper than those at the front. Usually a program will include at least 2 Noh plays with some separate dance performances and comic plays, called Kyogen, as light relief. Longer programs tend to cost more and last many hours so if you are a beginner then you should pick a shorter one. However, going to see a Noh play in Japan is definitely an experience worth having. Three of the best Noh theaters in Osaka are listed below, but for overseas visitors with little or no Japanese ability the Yamamoto Noh Theater is more highly recommended.

This theater in Umeda is the closest to Osaka Station. Founded in 1959 the theater has 513 seats and has an average of 3 or 4 performances each month. The official website is in Japanese, so to find out what’s on or to book tickets for a show, ask your tour guide or hotel concierge for help. 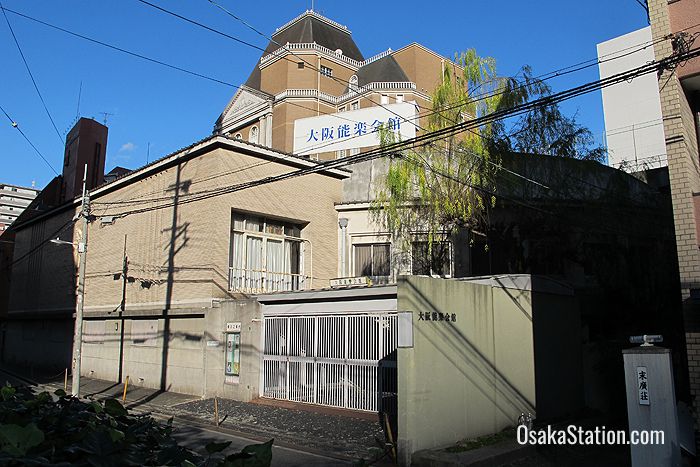 The entrance to Osaka Nogaku Kaikan

This is an old theater dating back to 1935 and one of the few theaters in western Japan that survived the bombing raids of World War 2. The theater has 502 seats and has some English information on its website about Noh history and culture as well as PDF English synopses of the plays. However, performance schedules and booking details are all in Japanese, so you will need to ask a tour guide or hotel concierge help you if you wish to see a show here. 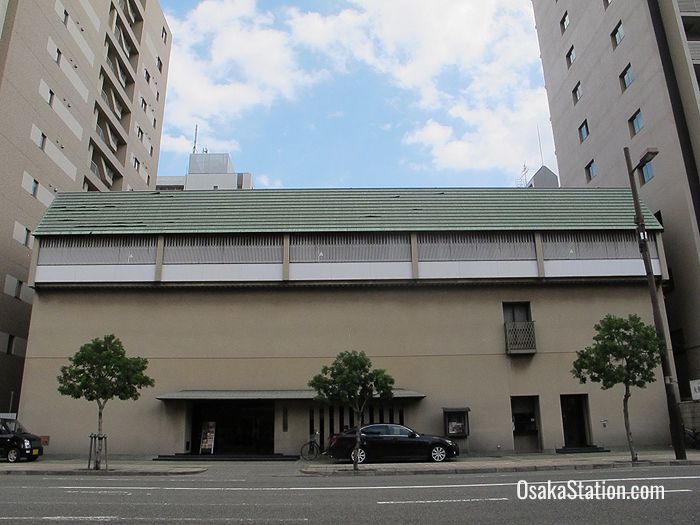 Yamamoto Noh Theater was first built in 1921 but burnt down during the war. The current building dates from its reconstruction in 1950. It is a smaller more intimate theater with seats for 109 people and zabuton floor cushions that can seat another 115. This theater is very keen to share Noh theater with overseas visitors and provides explanatory materials for many performances in English, Chinese, and Korean. The theater also presents a mixed program of performing arts several times a year for foreign visitors which includes Noh as well as other theatrical and musical entertainments. For groups of 10 or more the theater can also arrange workshops, special lectures, and tours of the theater but these must be booked a month in advance. For further details see the official website and use the contact page to make enquiries. 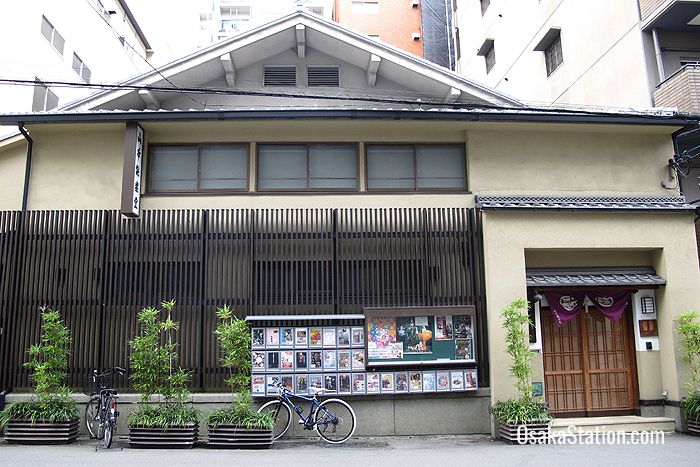 Access: This theater is located to the west of Osaka Castle Park and is about 10 minutes on foot from Osaka Museum of History. The nearest station is Tanimachiyonchome Station on the Chuo and Tanimachi subway lines which is just 5 minutes away from the theater. Here is a map of the location.