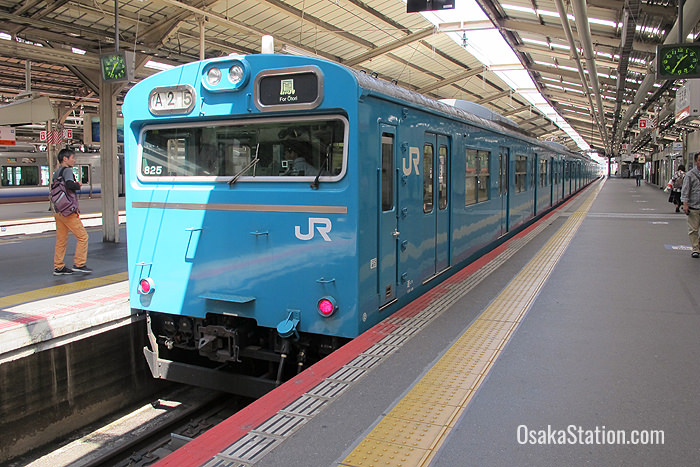 A Local service on the Hanwa Line from Tennoji to Otori

There are 35 stations on the JR Hanwa Line. The key destinations and transfer points are given below with train times and fares given from Tennoji Station.

This station in the city of Sakai, is convenient for the Nintoku-ryo (Tomb of Emperor Nintoku) a keyhole shaped tumulus which is one of the three largest tombs in the world.

Otori Station in the Nishi Ward of the city of Sakai is convenient for Otori Taisha Shrine, an ancient shrine complex which is famous for its iris garden. Transfer here to the Hagoromo Branch Line for Higashi-Hagoromo Station. 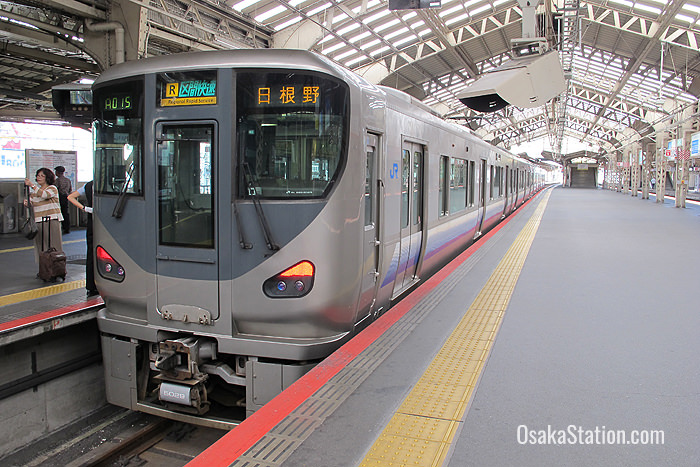 A Regional Rapid Service from Tennoji to Hineno

Wakayama city’s biggest tourist attraction is Wakayama Castle. First built in the 16th century, the current castle is mostly a 1950’s reconstruction as the bulk of it was destroyed in the last world war. The Kuroshio Market in Wakayama Marina City is another popular attraction. Here you can buy fresh seafood, watch a whole tuna being filleted, or eat in one of many seafood restaurants.

Wakayama Station is the southern terminus of the Hanwa Line. Transfer here to the Kisei Main Line, Wakayama Line and Kishigawa Line. 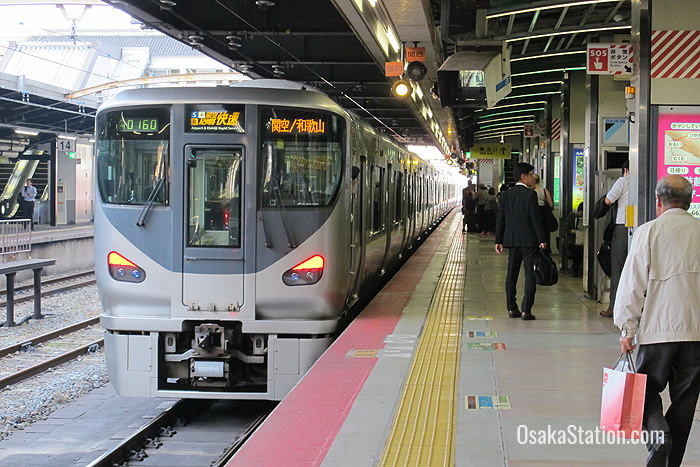 On the Hanwa Line it stops at the following stations:

Some trains do not stop at the stations in brackets.