The Mint Museum is a free museum on the premises of the Osaka Mint Bureau which houses a large coin collection and historical exhibits. This is not only an interesting location for coin enthusiasts, but the museum itself is housed in a historical Meiji era building and there are other historical structures around it. The grounds of the museum are also famous for their cherry trees, and this is a popular cherry blossom viewing location in the spring. 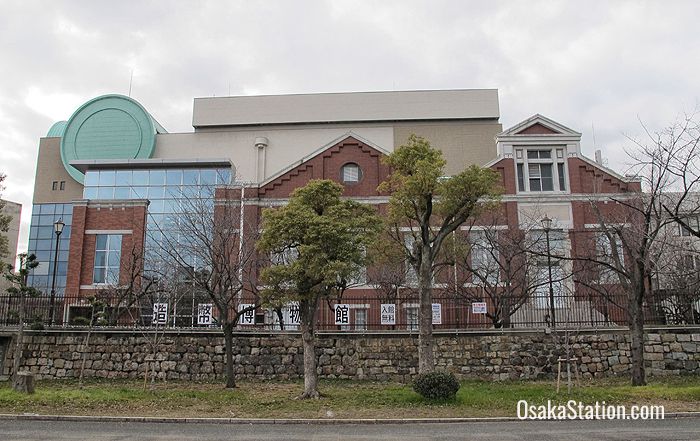 The museum’s red brick building dates from 1911 and originally housed a power plant, but in 1969 it was converted into a museum dedicated to introducing the work of the Japan Mint to the public. The museum was completely renovated in 2008 and reopened in 2009. 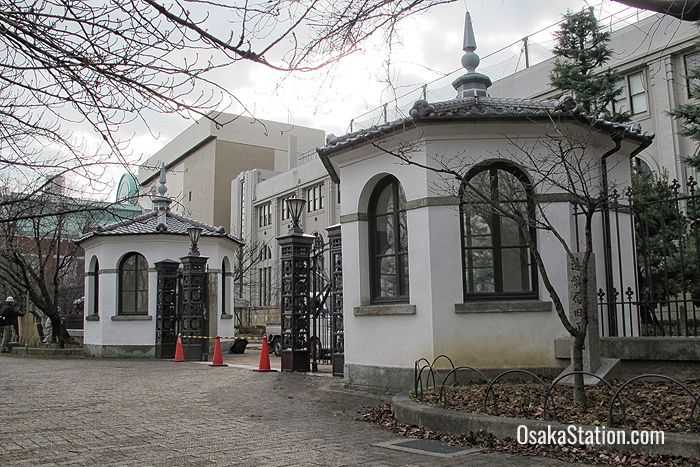 The former main gate and octagonal guardhouses of the Mint Bureau

Outside the museum you can see the former main gate of the Mint Bureau which dates back to April, 1871 when the Mint Bureau was first established. The gates and guardhouses were designed by an English architect called Thomas James Waters and are one of the oldest Western-style structures in Japan. In those days the Mint Bureau was a pioneer both in using modern methods to mint coins, and in adopting Western methods of bookkeeping. The guardhouses at either side of these gates were manned by soldiers from the Osaka regiment until 1919. There are also some gas lamps nearby which are said to be the oldest in Japan.

Inside the museum are three floors of exhibits which introduce the history of the bureau, explain the coin minting process, and trace the history of coinage from ancient China to modern Japan. 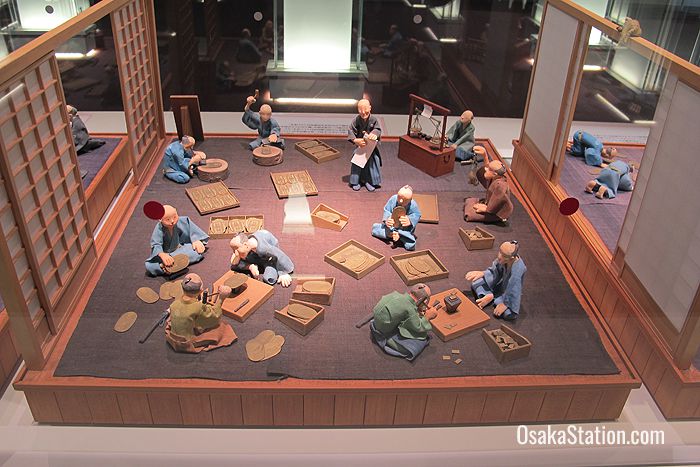 A model depicting gold coin production in the Edo era

The 1st floor has a detailed diorama depicting the Mint Bureau as it appeared when it was first established. In the “experience corner” on the 2nd floor you can test your strength trying to lift a variety of coin bags and a 20kg senryo-bako chest which in the past would have held 1000 gold coins. There are also bullion bars of solid silver and gold that you can try to pick up.

How people carried their coins in the Edo era

On the 3rd floor there is an exhibition of coins dating from ancient to modern times. Among the more contemporary commemorative collections are some special coins with Star Wars designs! 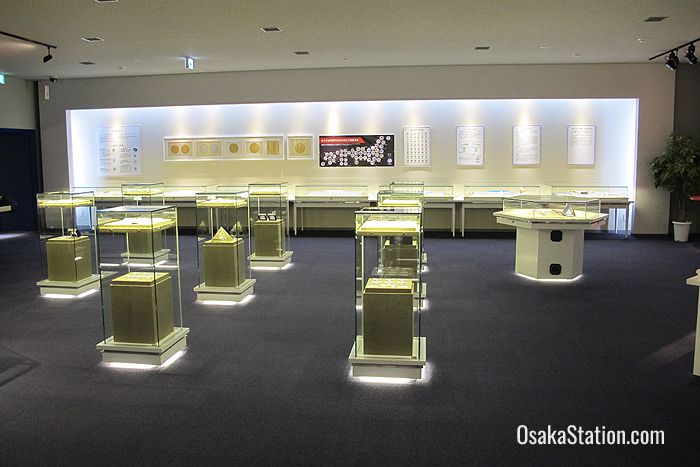 Though all the written explanations in the museum are given in Japanese, an English audio guide is available, and there is also an online English explanation of the exhibits that you can read as you tour the display rooms.

On the grounds of the Osaka Mint Bureau are more than 300 cherry trees which were planted here in the early Meiji era. The trees include over 100 varieties, some of which are quite rare. In an annual tradition dating back to 1883, these trees are opened to the public for one week each spring when the sakura blooms are at their peak. Most of the trees are late-blooming double-petaled cherries, so this usually takes place in mid-to-late April. The cherry blossoms, which are free to view, form a gorgeous tunnel of pink and white which is illuminated at night.

Close by the exit of the Osaka Mint Bureau is the Mint Shop where you can buy souvenir medallions, paper weights, and commemorative coin collections. The shop is open Monday to Friday from 9.00 till 16.30. 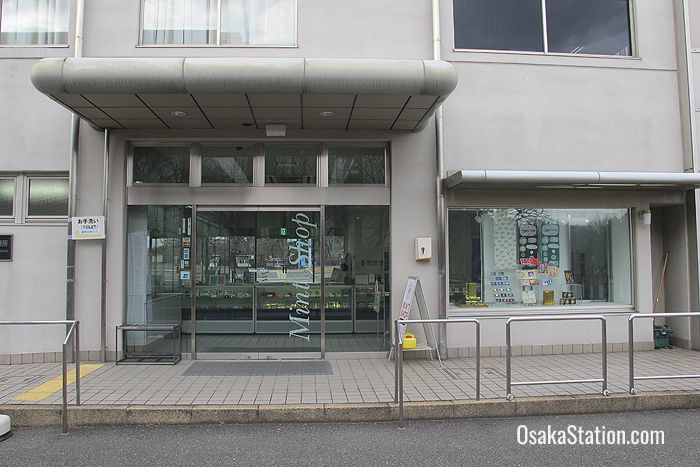 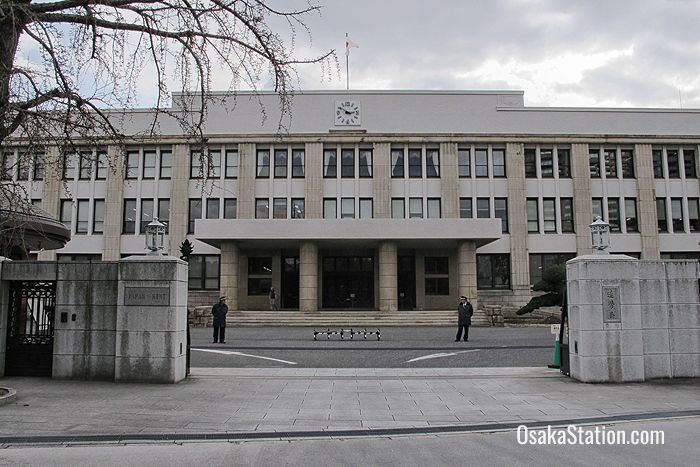 The entrance to the Osaka Mint Bureau

Admission to the Mint Museum is completely FREE. However, there is a guardhouse by the gate of the Mint Bureau where you should write your name and the time of entry before being given a visitor’s badge. Before leaving the premises you should revisit the gatehouse again, return the badge and write the time of your departure.