Osaka City Museum of Fine Arts is a large museum located inside Tennoji Park that has a permanent art collection of over 8,000 items. Because a lot of the museum’s artworks were donated by private collectors, the content is extensive and varied. 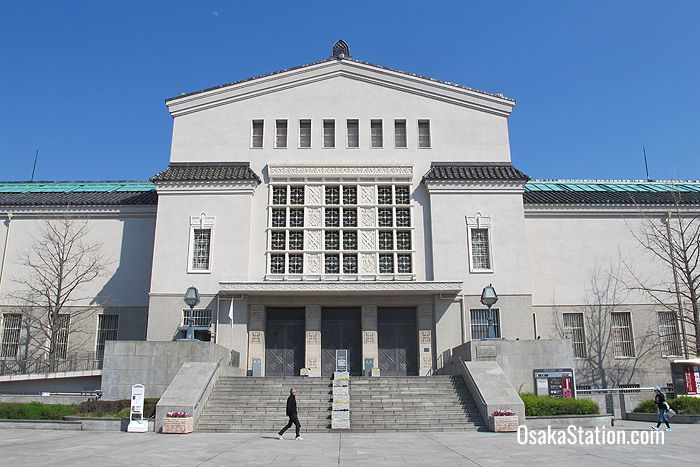 Inside you will find traditional Asian Buddhist art, ancient works from the Mediterranean, Chinese paintings and calligraphy, Japanese metalwork, ceramics, lacquerware with gold and silver inlay, finely carved netsuke kimono toggles, seal cases, and other precious craftworks. The Japanese collection includes paintings from the Edo and Meiji periods and later. There are also many items that have been donated by shrines and temples in the Kansai region. In addition to the permanent collection, the museum also hosts special exhibitions of artworks from all around the world.

The land on which the museum now stands was formerly the site of the Sumitomo family estate. In 1926 however, the Sumitomo family donated the land to Osaka City with the intention that it be used to build an art museum. At the same time they also donated the Keitakuen landscape garden that still stands beside the museum. Work on building the museum began in December of 1927 but was unfortunately delayed by the coming of the Great Depression in 1929. This worldwide financial slump delayed progress on the museum until April of 1936 when it was finally opened. 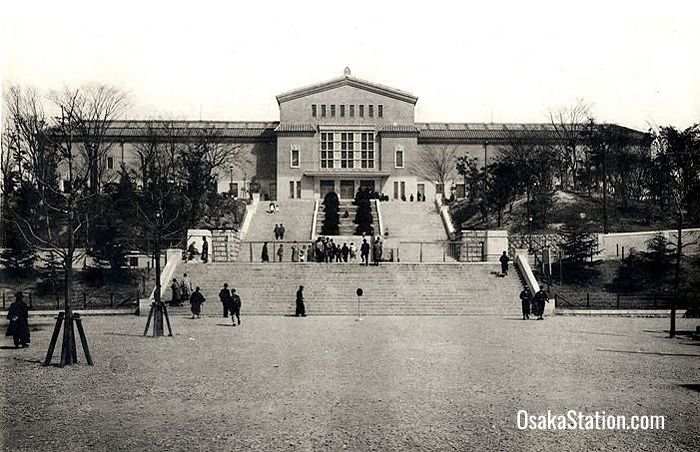 During World War 2 the building was taken over by the army and used as an anti-aircraft gunnery and from 1945-7 the American Occupation forces took over the site. However, unlike much of the city which suffered extensive damage from bombing, the museum survived in one piece. In 1979 it was extensively renovated and in 1992 it had new basement exhibition areas added. In recognition of its historical and cultural importance the museum was designated by the national government as a Tangible Cultural Property in 2015. 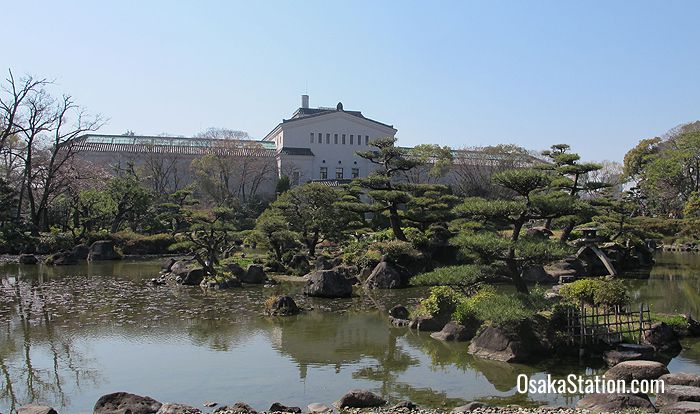 A view of the Museum from the Keitakuen Garden

Osaka City Museum of Fine Arts is located within Tennoji Park and is convenient for nearby attractions Tennoji Zoo, Shinsekai and the Tsutenkaku Tower. The nearest transportation is at Tennoji Station which is just 6 minutes’ walk away. This station serves the JR Osaka Loop Line, JR Hanwa Line, JR Yamatoji Line, the Midosuji Subway Line, and the Tanimachi Subway Line. Osaka Abenobashi Station on the Kintetsu Minami Osaka Line is a 10 minute walk away. 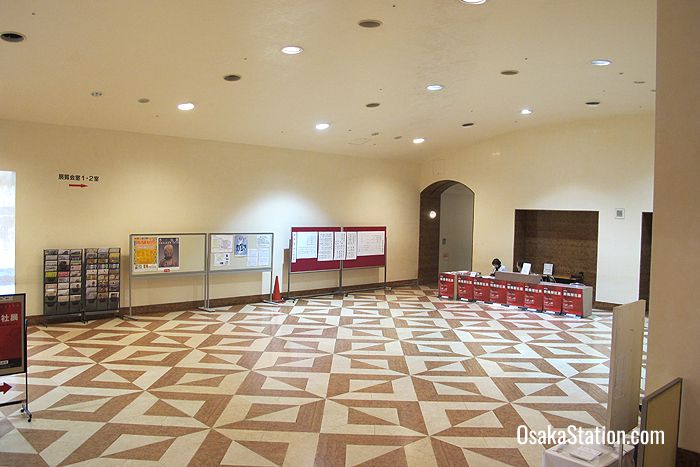 The entrance to special exhibitions in the basement levels

Opening Hours: 9.30 – 17.00 (Last entry: 16.30)
Closed: Mondays (unless Monday is a national holiday when it will be closed the following Tuesday instead). The museum is also closed between exhibitions, and during year end and New Year holidays.