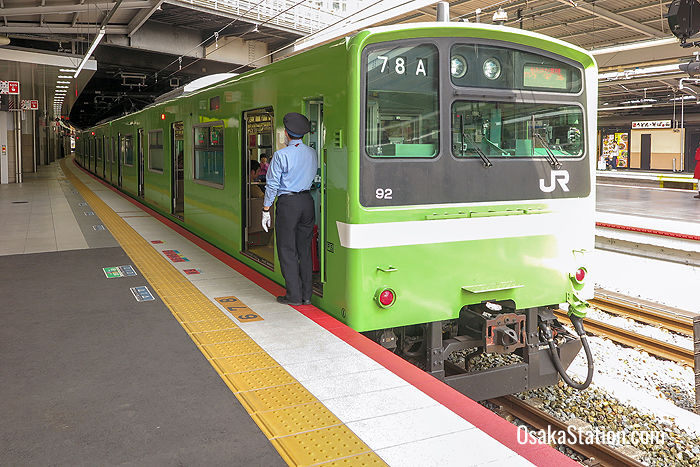 At Shin-Osaka Station, Osaka Higashi Line services depart from Platform 2. All services on this line are covered by the Japan Rail Pass.

There are 14 stations on the Osaka Higashi Line.

There are not many tourist attractions along this line, but there are several transfer points to other lines. All stations with transfer points are listed below with example travel times and fares given from Shin-Osaka Station. 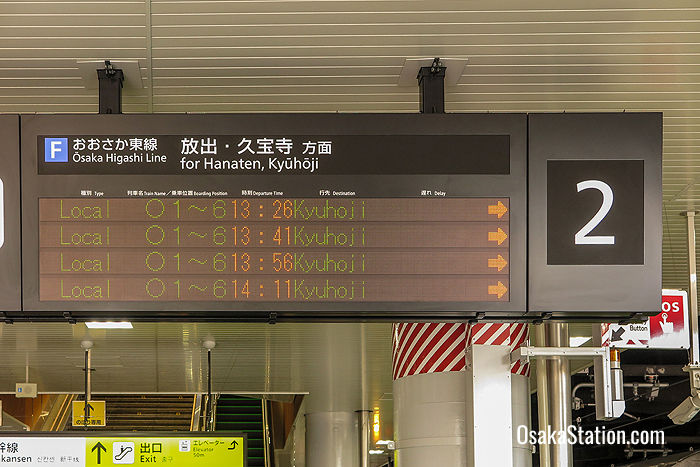 This station is a 4 minute walk from Hankyu Railway’s Awaji Station where transfers can be made to the Hankyu Kyoto Line and the Hankyu Senri Line.

This station is a 15 minute walk from Shirokita Park which is famous for its seasonal flower displays of cherry blossoms, irises, and chrysanthemums.

Transfers can be made here to the Gakkentoshi Line and the Imazatosuji Subway Line.

Transfer here to the Gakkentoshi Line.

Passengers can transfer to the Chuo Subway Line at nearby Takaida Station.

Passengers can transfer to the Kintetsu Nara Line at nearby Kawachi-Eiwa Station.

Passengers can transfer to the Kintetsu Osaka Line at nearby Shuntokumichi Station.

Transfer at Kyuhoji Station to the JR Yamatoji Line for services bound for Nara. Nara is famous for its many ancient shrines and temples and for the deer that roam freely through Nara Park. Trains from Kyuhoji to JR Nara Station take around 30 minutes. 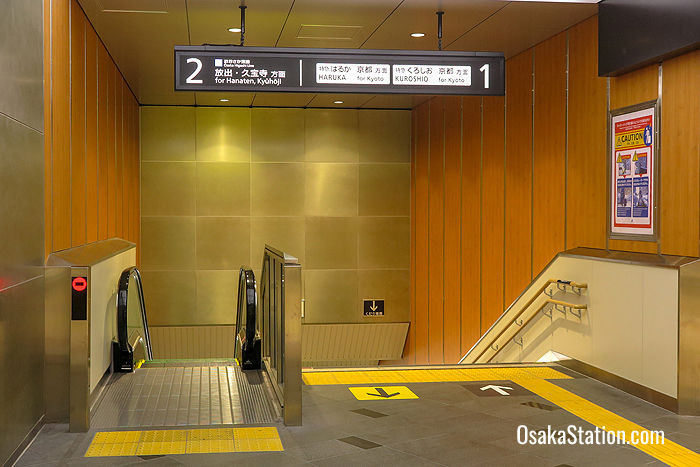 The entrance to Platform 2 at Shin-Osaka Station

The current timetables are given below. The fare between Shin-Osaka Station and JR Nara Station is 920 yen.

At the time of writing there are four daily Direct Rapid services from Nara to Shin-Osaka on weekday mornings. On weekends and holidays there two services in the morning and two in the evening. The current timetables are given below.