The Hankai Tramway is a company operating two tramlines that run from southern Osaka to Sakai City. This is the only tramline service in Osaka and it has a long history. The Hankai Tramway company was founded in 1910, but one of its lines is even older and dates from 1900. These days you will see a variety of trams running on the Hankai tramlines and some of them are quite sleek and modern, but there are other vintage models that date from as long ago as 1928. 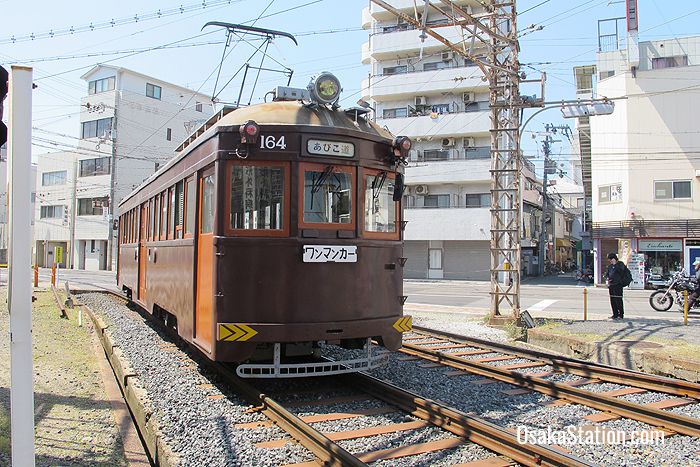 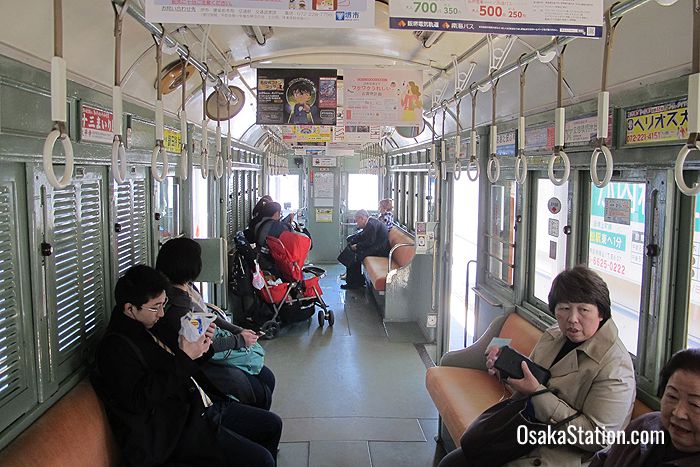 How to Use Hankai Trams 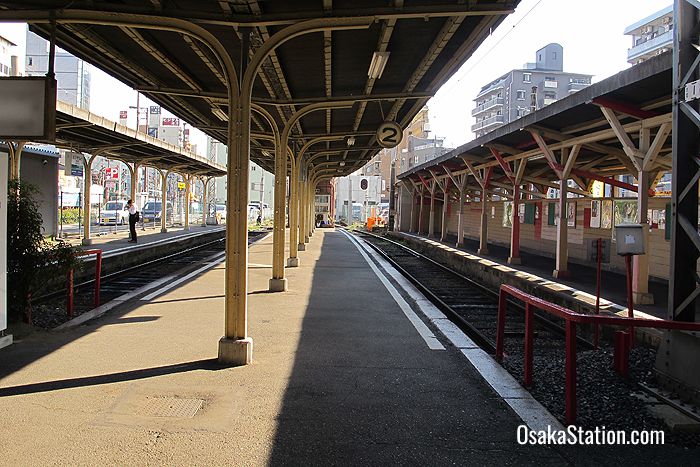 There are 16 stations on the Hankai Line.

The key destinations and the main transfer points are given below with example journey times given from Ebisucho Station.

This station is convenient for Nipponbashi’s Denden Town which has many stores selling cheap electronics, manga, anime, toys, games, and collectible models.

This station is convenient for Shinsekai and the Tsutenkaku Tower.

At this station the Hankai Line and the Uemachi Line converge. 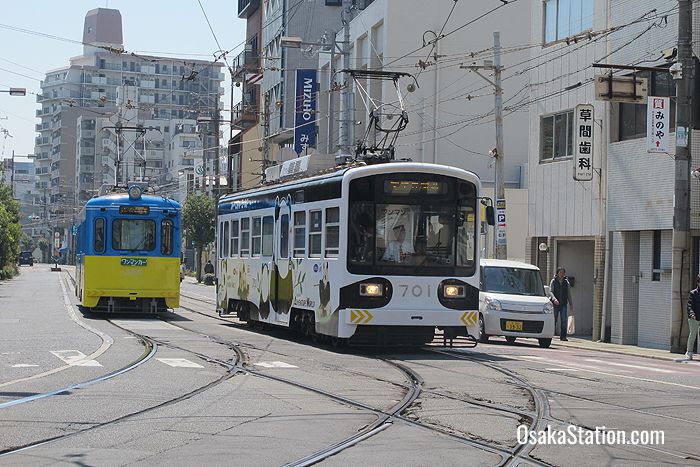 There are 29 stations on the Uemachi Line. Between Sumiyoshi Station and Abikomichi Station trams on the Hankai and Uemachi lines follow the same route.

The key destinations and transfer points are given below with example journey times given from Tennoji-Ekimae Station.

At this station the Hankai Line and the Uemachi Line converge. The grounds of Sumiyoshi Taisha Shrine can be accessed from this station, but the next station is closer to the front entrance.

This station is convenient for Sumiyoshi Taisha, Osaka’s most famous shrine which is said to date from 211. Transfer at nearby Sumiyoshi Taisha Station to the Nankai Main Line.

This station is convenient for Myokokuji; a historic temple, first established in 1592. The temple is famous as the site of the Sakai incident in 1868. Some local samurai had killed 13 visiting French sailors and were then punished by being ordered to commit a ritual suicide at the temple. There is also a sacred Sago Palm tree here that is believed to be over 1,100 years old.

This station is convenient for Nanshuji Temple which dates from 1557. It is believed that the great tea ceremony master Sen no Rikyu was trained here. The temple also has a very beautiful rock garden.

This station is convenient for Hamadera Park which is famous for its pine groves, and rose garden, and which also has a large swimming pool with water slides. Transfer at nearby Hamaderakoen Station to the Nankai Main Line. 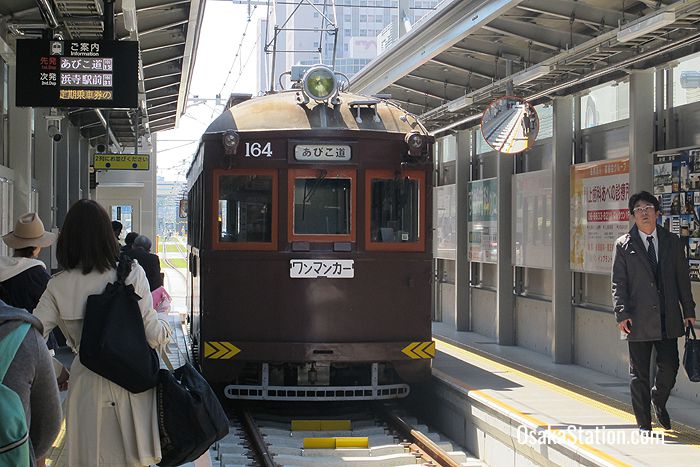 Boarding a tram at Tennoji-Ekimae Station

The official Hankai Tramway English language website has both a route map and timetables to help you plan your journey.